Brooke Adams has spoken with USA Today about her pregnancy, explaining what it has been like as a mother and when if at all she expects to be back in a ring.

Adams and her fiance Weston Piper both star on the second season of Rattled on TLC with their son Jace Wayne Piper. Adams explained her thoughts on being on yet another reality show:

“I’ve obviously been on TV for a really long time, but that’s a character-based show. But this (show) is you. This is black and white. It’s transparent as it gets. You find yourself thinking, ‘I don’t know what the world is going to think of me. Am I a great mother? Am I failing? Are there things that I should be doing or should have researched more?’ When you take on a show like this, you’re putting yourself out there to be a judged and sometimes that can be hurtful.”

Adams comments next on social media and the type of comments she gets on the way she has conducted herself in the ring over the years, now that she has a baby to take care for:

“Yes, my name is Brooke on Impact Wrestling and for all the years I’ve been wrestling or a model, but I’m also Brooke who is a whole different person at home. I read comments online like, ‘How is your son going to be proud of you for taking half-naked photos or this video shoot you did or the seductive role you played in professional wrestling? When I got into pro wrestling, I didn’t really know what I was doing. I knew I was pretty enough, had a nice body and I used that to my advantage. One of my moves was known as the ‘Stinkface,’ although I call it the ‘Ass-tastic.’ People write, ‘How can your son be proud of you? Isn’t he going to be embarrassed by what you did?’ I don’t think of it that way, but it’s very hurtful to read. That’s me as a character, as a wrestler. That’s not how I am as a mother. It’s not like I’m running around the house giving the ‘Ass-tastic’ to whoever walks in. That can be a little frustrating.”

Adams explains that being pregnant affected her body and was difficult for her:

“Every woman wants to be perfect and every woman in the world who gets pregnant just feels so less than perfect. You are juggling your new body and the way you feel and the way people perceive you. On top of that, my whole career has been around my body and looking a certain way. People can tell me all day long, ‘You rocked this pregnancy, you’re glowing, I hope that I can look like you when I’m pregnant.’ But at the end of the day, I was asking, ‘Is my body ever going to go back to normal? Can I ever go back to professional wrestling? Will be stomach be the same? Will I get rid of all this extra weight, some of the stretch marks, the discoloration of my skin?”

However, Adams then explains that it was fitness despite being pregnant that continued to motivate her to be healthy:

“The day I found out I was pregnant, I thought, ‘I’m going to have this baby and I’m going to go right back to wrestling. This is my career, this is what I love and my passion,’ From the day I found out, I ran three miles a day every single day until I was 8 ½ months pregnant. I was huge out there doing a 27-minute three-mile run. I kept working out. I felt horrible, but said, ‘I’m going to go out there and get this done even if it’s the only thing that I get done today.’ It was something that was very important to me to have a healthy pregnancy and be able to bounce back as quickly as I could so I could take care of my family.”

Finally, Adams talks about potentially getting back into the ring:

“That’s the million dollar question. I go back and forth with having this huge identity crisis with myself. ‘No, I’m not just a mom. I’m still this sexy athlete that can go in the ring and drop an elbow off the top turnbuckle on anybody and will do moves that I have never done but do them on TV. I’m still that person. I’m still that Brooke.’ I think I have that internal battle. At the end of the day, I still don’t know. What if I go back for selfish reasons and I get hurt? What if I can’t care for my son the way I need to? What if I break my neck or become paralyzed? I’m still battling that to figure out what it is I want to do as far as wrestling. Right now, I’m trying to help people get to their fitness goals. Is that my new passion? Can I do both? It’s up in the air.”

For more on the status of Adams’ wrestling career, stay tuned to Wrestling Rumors for more updates as they come.

It is great Adams is still staying motivated and pursuing goals despite not actively competing right now. I’ve always enjoyed her as a performer so my hope is that she does come back, though I completely understand why that wouldn’t work for her. We wish her all the best.

What are your favorite memories of Brooke? What do you want to see from her if she returns? Let us know in the comments below or over on our Facebook page or Twitter account. Additionally, you can find me on Twitter at @SOSNH1995. We also want to remind you that we have a Newsletter you can sign up to. This will allow us to send you the best news in one place via an email. We also have the Wrestling Rumors app that we encourage you all to download to get updates faster than they release on our various pages. It is available on Android and iOS devices. 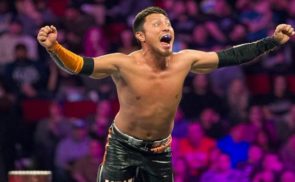 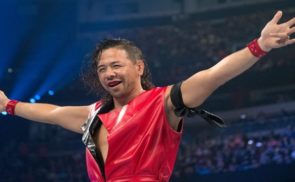