Jon Moxley made his AEW debut at the company’s Double or Nothing event on Saturday, May 25. The man formerly known as Dean Ambrose in WWE is now an AEW contracted pro wrestler and in his words, “we’re going to war.”

Wrestling fans are excited about all of this and with good reason. For the first time since the death of WCW in 2000, Vince McMahon’s company has a legitimate big money rival in the United States. Impact Wrestling has made noise in the past and Ring of Honor is still going strong of course. But no one is spending the kind of money on a promotion outside of WWE like AEW’s Tony Kahn.

But Moxley has much more to say in addition to his declaration of war on WWE. Jon appeared on Chris Jericho’s Talk is Jericho podcast and the former world champion aired his grievances with WWE.

Those grievances include his frustrations with WWE creative, which he constantly fought against over the past several years. This is nothing new for many longtime fans, who have become very familiar with this sort of story. Indeed, much of what Jon had to say was previously said by CM Punk upon his exit from WWE in 2014.

Check out Jericho’s interview with Moxley!

HOT NEWS! The @JonMoxley interview is now the HIGHEST RATED EPISODE of @TalkIsJericho in history….and it only took 10 HOURS! Listen NOW at https://t.co/WkU0xQrve8

Much like Moxley, Punk also found himself hitting a wall in terms of what he was being allowed to do. The Second City Saint was convinced that he was the best judge of what should come out of his mouth during a promo. Punk didn’t want to be spoon-fed any lines of any kind and the same was true for Jon.

Rumors of Moxley’s frustration have been swirling for months and now that he’s confirmed them, the question is what happened? Why does WWE continue to ignore the experienced talent that know how to get over? Is the notion of full control so important to Vince McMahon that he’s willing to deny the contributions of the men and women that he pays to perform?

Despite the reasons behind it, the fact is that Jon Moxley regularly had to put up a fight when it came to his character and what his character would say. His words and actions were typically not of his own choice and instead were dictated to him by WWE creative. Mox was not happy with what he was being given and everyone in creative evidently knew about it.

“Michael Hayes come up to me—‘how you doing, Dean? I heard you’re not real excited about your promo.’ I was like, no. I’ve been talking about this for months! Why am I always doing this goofy crap? This has been me and Vince butting heads on this since February!”

Relive–if you can–one of the silly Dean Ambrose promos during his heel run in WWE!

The promo in question was one of many that Jon cut as Dean Ambrose following his heel turn on Seth Rollins. The turn came from out of nowhere and had the potential to take Ambrose to the top of WWE. But thanks to bad booking and one silly promo after another, the heel turn hit a wall. Fans didn’t buy it and neither did Moxley.

Jon referred to this period of his WWE career as “Carrot Top prop comedy,” which many of his fans surely agree with. The Lunatic Fringe became a caricature and as a result, was one of the most ineffective characters on the roster. But the silliness and goofy promos took a backseat to WWE’s insistence that Jon constantly reference Roman Reigns’ battle with leukemia.

Every time these references took place, the audience understandably recoiled. Why was Vince McMahon so hellbent on sensationalizing Roman’s cancer? More importantly, why was Moxley being used as the means to convey that sensationalism? It was something that the former Dean Ambrose took serious issue with. In fact, he actually refused to do it on one occasion and according to him, the line was so bad that it could have been a career killer for him.

“This promo also had a line regarding my actual friend who’s going through actual leukemia, that Vince wanted me to say, that he tried to talk me into saying. This is where I absolutely drew the line. I was like, absolutely not. He tried to talk me into it a little bit and I was like absolutely not. He’s like ‘if you feel uncomfortable, that’s fine.’ That’s when I finally had to put my foot down. It is the worst line. I’m not going to say it on air…that’s how bad it was. Like, somebody would’ve had to get fired. Maybe me. They would’ve lost sponsors,”

Check out Juice Robinson’s comments about his June 5 match with Moxley!

The good news is that Moxley is now free from WWE and he has a new life in AEW. The bad news is that he had much more to say about his time in Vince’s company and the majority of it is extremely negative. But Jon is merely telling his story and it’s a story that every Dean Ambrose fan wanted to hear from the moment that his departure from WWE was first announced.

But the future is indeed bright for Jon Moxley, who is now bringing a major amount of spotlight to AEW. However, he’s not stopping there. Moxley is also headed to New Japan Pro Wrestling, where he will compete for the IWGP United States Championship on Wednesday, June 5. Moxley will face current champ Juice Robinson at Ryogoku Sumo Hall.

Moxley’s AEW contract, much like those of many other All Elite stars, gives him the freedom to work for other companies. Considering the stranglehold that WWE has had on his career over the past eight years, it’s definitely a freedom that he’s been anticipating.

“I can do anything. There’s a bunch of bucket list stuff that I’m gonna do by the end of the year that is gonna be cool, that’s gonna be challenging. I’m going to put myself in uncomfortable, unfamiliar, situations and try to just rise to the occasion.

I cannot wait to get started, I’m chomping at the bit!”

This is the Dean Ambrose that WWE fans wanted and it’s the Jon Moxley that fans deserve. He has a new opportunity to restart his career and he is certainly taking full advantage of it. The Lunatic Fringe is gone, but Mox is only just getting started. 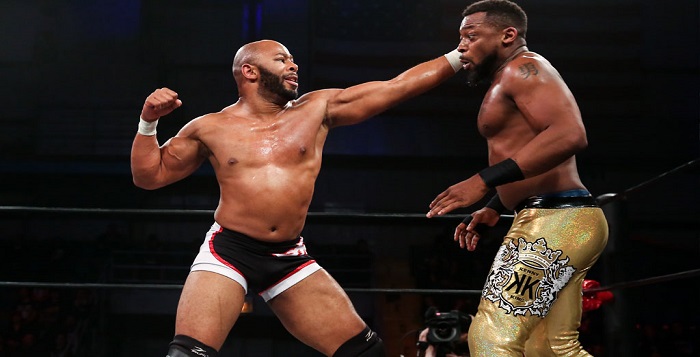