We seem to be getting ready for Akira Tozawa to challenge for the Cruiserweight Title against Tony Nese, which is certainly an upgrade over Ariya Daivari. I’m not sure what we should expect with the rest of the show but this has become one of the better series around as of late, which says a lot about where things are in WWE these days. Let’s get to it.

Jack Gallagher is watching last week’s match when Humberto Carrillo comes in. They both enjoyed beating up the Singh Brothers but there is still an uneasiness between them. Gallagher needs to know that he can beat Carrillo so he’ll have a chance tonight.

Kendrick rushes him to start but misses a big boot. Instead it’s an early Captain’s Hook attempt with Kanellis bailing to the floor. Kendrick follows him outside though and Kanellis’ chop hits the post. Kanellis is fine enough to hit a suplex into the barricade, followed by a regular one for two back inside.

The chinlock sets up a spinebuster for two on Kendrick with the kickout stopping Maria’s proud strut. Kanellis puts him on top for some chops and shoves off a leg lariat after Kendrick gets back down. Kendrick is right back with the Captain’s Hook but Kanellis gets over to the rope in a hurry. They head outside with Kendrick suplexing him off the steps for a nasty looking landing.

Back in and Sliced Bread #2 is broken up so it’s right back to the Captain’s Hook. Kanellis fights up again and gets in a Samoan driver for a needed breather. They slug it out and trade superkicks before a pair of clotheslines give us a double knockdown. Kendrick is up first and now Sliced Bread connects with a delayed cover getting two. Kanellis hits another Samoan driver into the rolling cutter for the pin at 9:47. 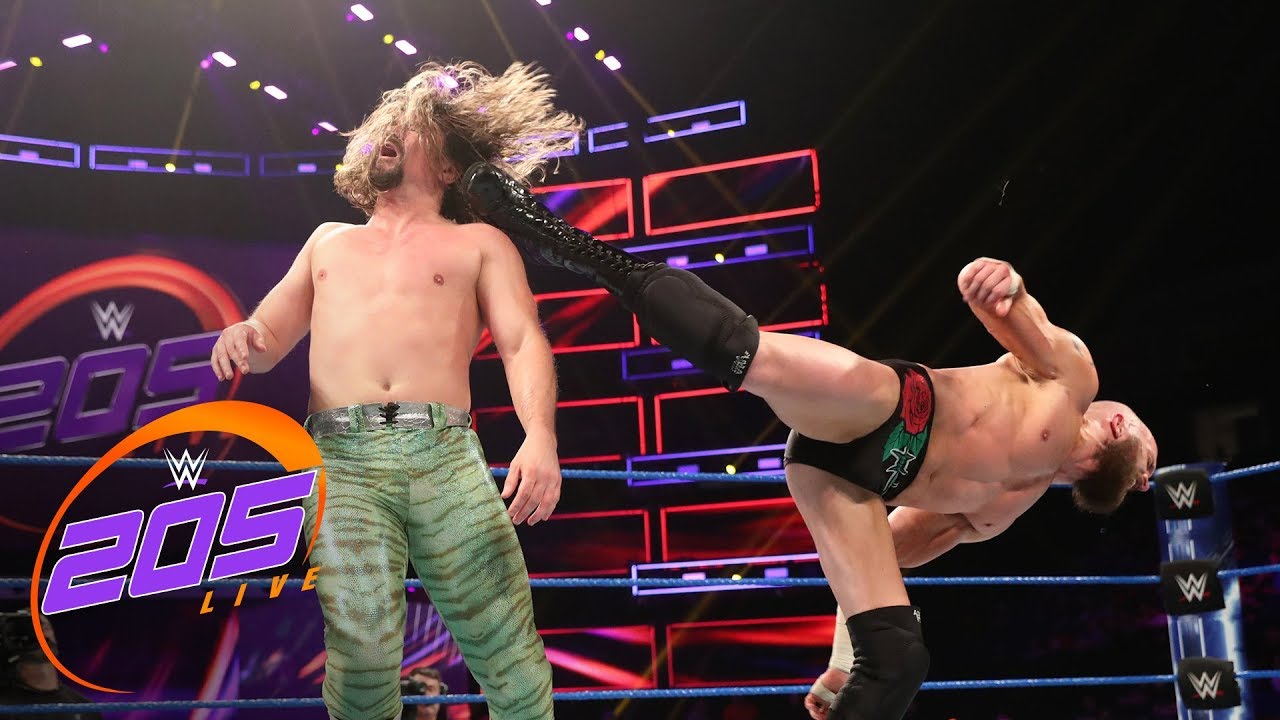 Nese comes in to see Drake Maverick when Tozawa comes in. The champ offers Tozawa a title match and makes a formal request but Maverick says he’s only taking it under consideration.

Ariya Daivari yells at his barber and says he’s still coming for the Cruiserweight Title. Before he gets there though, he’s going to get even with Oney Lorcan for cutting his ear open last week.

Feeling out process to start with Dar not really taking Karma all that seriously. Dar throws him outside and poses, with a chant of EASY. Another toss to the floor keeps Karma down but he comes back in for some forearms. Dar isn’t having any of that and kicks the leg out, setting up the Nova Roller for the pin at 2:22. 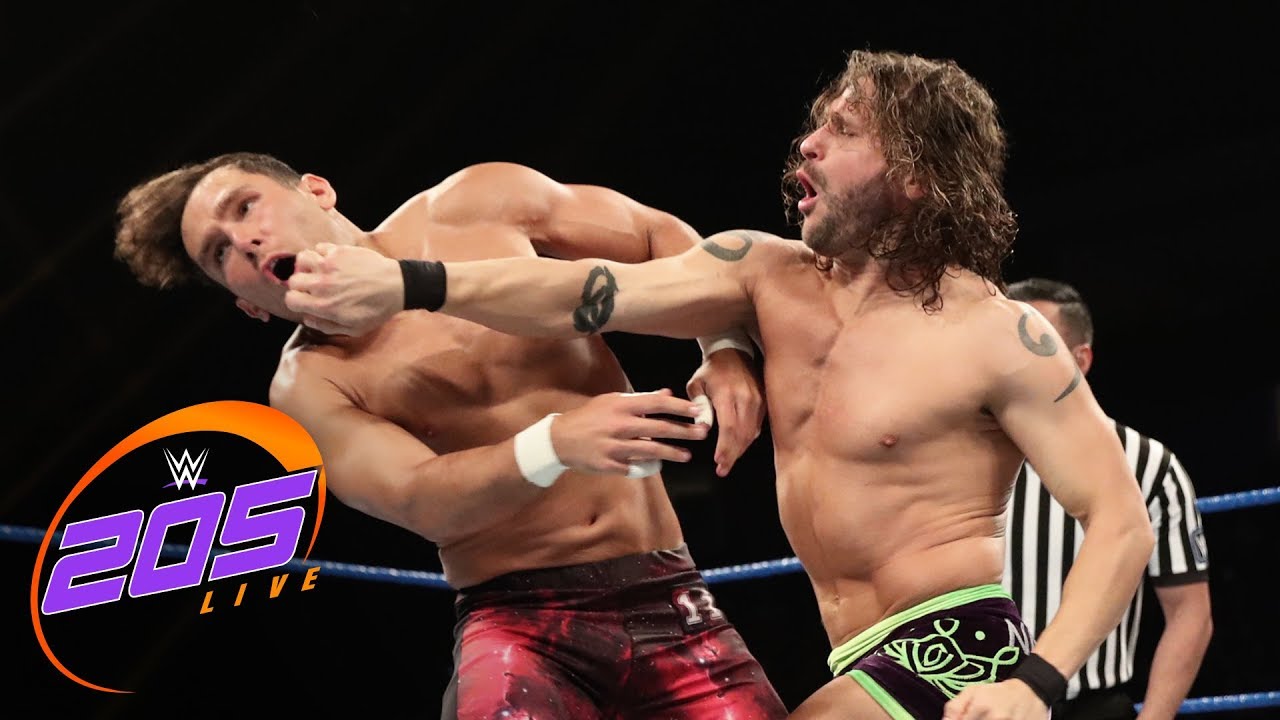 Post match Dar says he’s back despite the jet lag from performing in NXT UK. Oh and Oklahoma sucks.

Maverick talks about the potential Cruiserweight Title match….but then chases after R-Truth and the 24/7 Title.

Oney Lorcan thinks Ariya Daivari is looking unbalanced after last week so he’ll bust open Daivari’s other ear to even things out.

Feeling out process to start with Gallagher spinning out of an early wristlock in that very British way. Gallagher gets in a hammerlock with his leg and pulls back on the other arm, eventually getting it behind his back to bend back onto the mat. That’s broken up to avoid the death of Carrillo’s arm and he cranks on Gallagher’s foot for some near falls. A headlock keeps Jack in trouble until he walks on his hands to escape. An armdrag into an armbar has Gallagher frustrated again and it works so well that Carrillo does it again.

Gallagher is back up with his handstand in the corner so Carrillo mirrors him in the opposite corner. With that (hand) stand off over, Carrillo gets another armdrag into a dropkick but Gallagher sends him outside. That means a whip into the barricade, followed by a kick to the head back inside as Gallagher gets a lot more aggressive. We hit the chinlock and Gallagher pulls him back down to prevent an escape. It’s off to a reverse chinlock for a real change of pace, followed by the regular chinlock again.

The holds are finally broken until a dropkick puts Carrillo down again. That doesn’t last long as Carrillo hits the springboard spinning crossbody to send Gallagher to the floor. That means the suicide dive with Carrillo coming up holding his arm. The arm is fine enough for a standing moonsault, followed by a Disaster kick for two. Carrillo gets caught up top and it’s a belly to back superplex, meaning both of them head outside for a breather.

Gallagher charges into a hiptoss into the barricade. They head to the apron with Carrillo hitting a missile dropkick to the back to keep Gallagher in trouble. The top rope moonsault hits raised boots though and Gallagher hits the running dropkick to put him on the floor. That means a dive from Gallagher but Carrillo gets a rollup for two back inside. A double clothesline gives us a double knockdown and a quick breather. Gallagher is up first for a delayed vertical suplex, which is reversed into a hard DDT. A twisting 450 gives Carrillo the pin at 16:04.

These guys can fly: 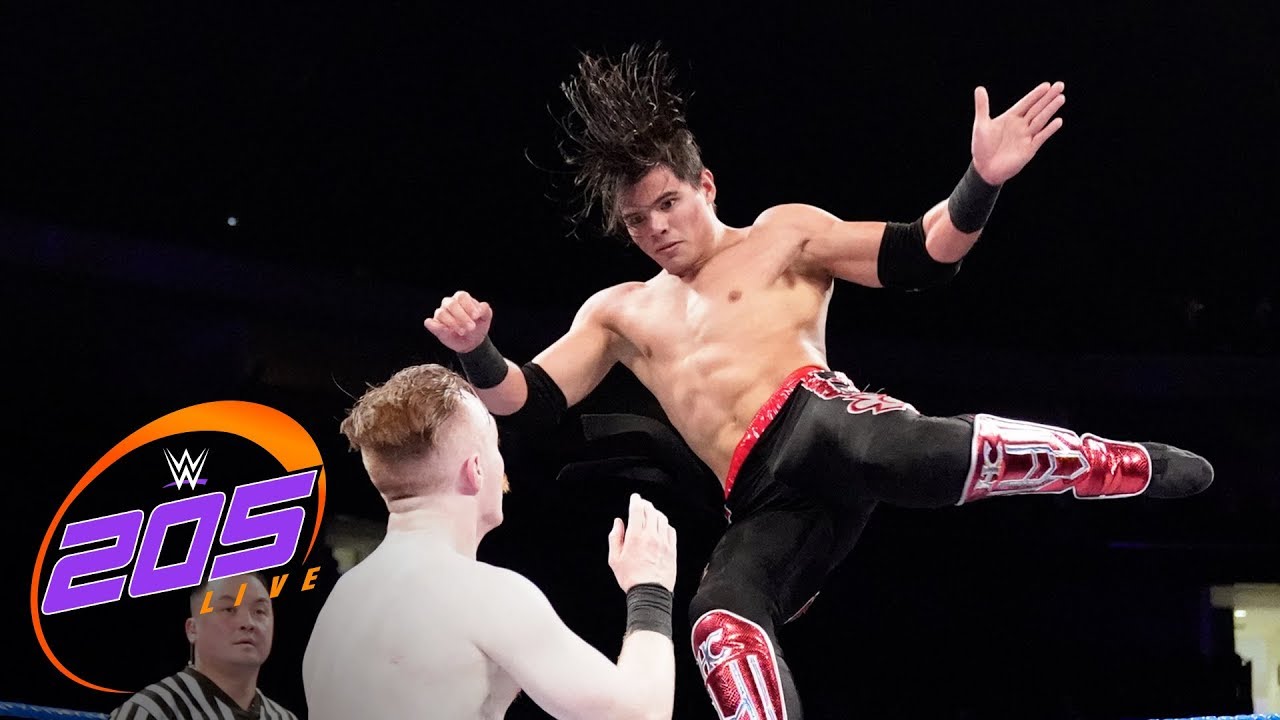 Post match they shake hands and hug with Gallagher leaving. 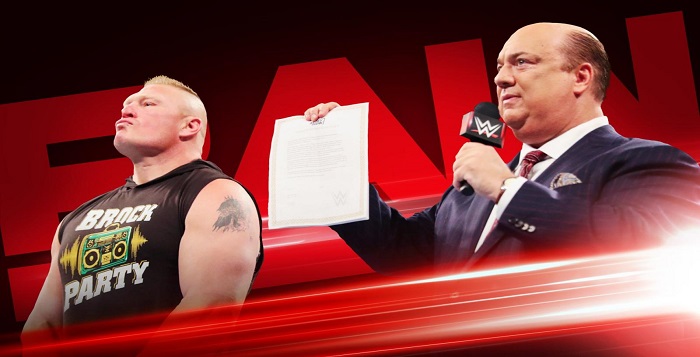 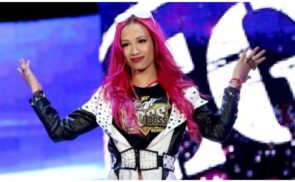