Chris Jericho was featured on the First We Feast YouTube channel for an episode of the popular ‘Hot Ones’ series where he discussed a number of stories about his career in wrestling.

Among the topics include working as a bodyguard, the atmosphere in Japan, the locker room and who his Mount Rushmore for guys that are good at promos would be.

The episode follows the hilarious, intriguing and very unique format alongside host Sean Evans. The objective is to last each round by answering questions after biting to increasingly spicier and hot chicken wings, with an uphill battle on the scoville scale as time goes on.

The appearance is likely attributed to several things going on with Jericho at the moment, which include his upcoming cruise, the new Fozzy album which is doing amazing on the charts and his ‘No is a Four Letter Word’ book that we recently reviewed for the site.

If you are interested in reading the review that Jericho praised himself, you can find it here. As a side-note, it is spoiler-free.

Here is the video in question: 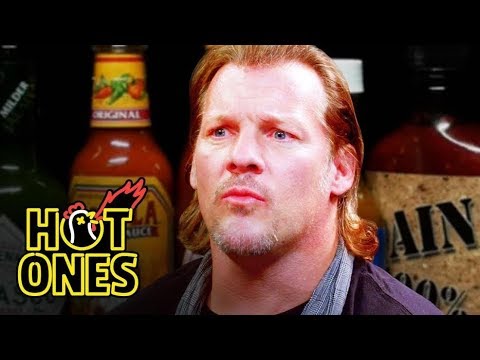 Chris Jericho Gets Body Slammed by Spicy Wings | Hot Ones

Did you enjoy this concept? What are your opinions and thoughts on Jericho’s responses?

AJ Lee on Husband CM Punk Competing in UFC, if He Will Go Again

Jimmy Jacobs on His Time in WWE, Proving Himself, His Future