WWE Hall of Famer Shawn Michaels was a guest on the In This Corner podcast where he spoke at length about having creative control over retiring Ric Flair and working with NXT.

Michaels first spoke about being in control for the direction of the match he had against Flair at ‘WrestleMania 24’ where if Flair lost, he would be forced into retirement.

“Truth be told, when it came to that kind of stuff, I am a bit of a control freak. Emotionally, I just knew where I wanted–especially with that match, that might quite honestly it was my ‘love letter’ to Ric Flair. My way of trying to show him, not only the friendship that we have, but also the impact that he had on a 15-year-old me, and trying to convey that to him through a wrestling match, and knowing that I couldn’t be the only guy that he had that effect on. You hope that the other 80,000 fans out there get that; clearly, everyone did, and the millions at home did.”

Michaels continued to explain why it was so important to him to have that creative control.

“It’s sort of making that decision as a performer to say, look, this is something I want to do, please let me do it. It’s not because you don’t want them to do anything to mess it up, it’s your feelings and emotion, so you have to be the one that is driving that match if it makes any sense. That is why I was so adamant about that match. Honestly, that is how most of my matches were. I probably wrestled only one way too much from my heart than to my head, but honestly, for me, that is what made the difference in those matches, which was for me to do it in more from a 15-year-old fan in me.”

Michaels has been an advisor to the talent in NXT and explained what it is like for them and what he wants to instill in them.

“Believe it or not, I want to pass on to them about whenever everything is set and done, even if they are mentioned in the conversation, take that and be happy with it; be content and have peace with that. Enjoy this job; do it, and enjoy i. It’s hard enough already as it is, you don’t need to make it harder by complaining about this and that, I don’t mean to make it sound bad, but everything is social media now, and my goodness, whenever everything is set and done, and when you are in your casket, do you know how many people from social media are going to be there? Not many. So, take the important things in life, make the most of those, enjoy the job, and have the opportunity to live out your dream. This is what I want to do with these guys; I want to instill in them and appreciate the opportunity that they have to be paid to travel the world and perform around people doing what we love to do. That is a great gig; just let the chips fall where they may because ultimately if it’s between you, LeBron James, Bill Russell, Michael Jordan; does it really matter?”

With H/T to Dodric Sam of WrestlingInc for the transcription.

You can find a post- ‘WrestleMania 24’ video featuring Flair as the crowd say their goodbyes below. 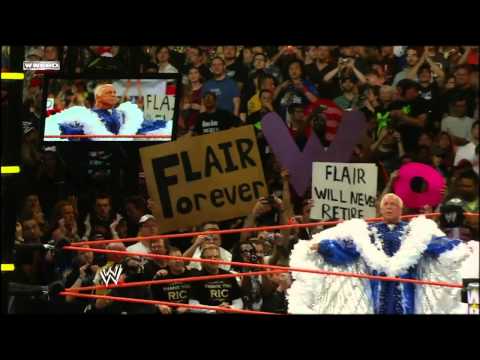 Did you like the retirement match? Who would you like to see Flair wrestle on the current roster if he had the ability to? 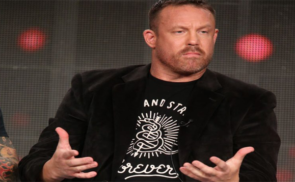 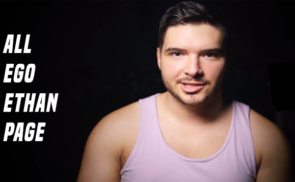