WWE Hall of Famer Jim Ross praises Daniel Bryan in a new blog publication on his official website, JRsBarBQ.com. Good ol’ JR claims that Bryan is a “booker’s dream,” and even went as far as to say that he looks at Bryan as being “Austin-esque.”

Ross made these comments when discussing his thoughts about the Jan. 13 edition of WWE “Monday Night Raw.” Ross expresses a number of opinions about the show, Warrior being announced as the first inductee into the WWE Hall of Fame’s Class of 2014, and much more before hitting on the end of the broadcast, which showcased Bryan in a major way.

“Thought RAW was well organized in-as-much as there was ample star talents early that engaged me as a viewer and the show evolved to end on an amazingly high note.

The show(‘s) closing moments involving Daniel Bryan and Bray Wyatt was reminiscent of the Attitude Era as it relates to raw passion and the fans totally buying into the production.

I said it last night on Twitter @JRsBBQ that Daniel Bryan was the hottest commodity in WWE today….by far. The connection that he’s made with the audience, which more often than not, can’t be manufactured is priceless.

Daniel Bryan sitting on top of the cage and the sold out crowd chanting Yes! Yes! Yes! was Austin-esque in my eyes. The closing moments of RAW is what one always looks to achieve when formatting a TV show. That special moment that becomes a ‘moment.’

Daniel Bryan is a legit bookers dream. Highly skilled and can make anyone that he competes with appear better, no locker room issues or bad, personal habits and he’s respectful and reliable. The perfect pro. Good role model for any young talent wanting to succeed.

Don’t overlook the fact of how much this piece of business helped young, Bray Wyatt, too. Now fans have a legit reason to not cheer the Wyatts which they really didn’t before.”

You can read all of Ross’ opinions in regards to Monday’s episode of “RAW” by checking out JRsBarBQ.com. 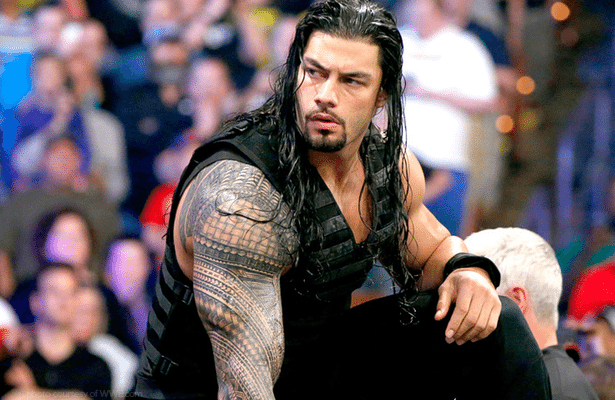 Roman Reigns Wants to Be a Major WWE Player in 2014