The following are spoilers for the May 14, 2018 edition of Raw, which was filmed earlier today in London, England:

* Roman Reigns opens the show and comes out to a very loud but mixed reaction. Reigns cuts a promo and issues a challenge to Jinder Mahal but RAW General Manager Kurt Angle interrupts. Angle makes Jinder vs. Elias vs. Bobby Lashley in a Money In the Bank qualifying match for later. Reigns demands to be put into the match but Angle turns him down. Reigns promises to do what he needs to do to get revenge on Jinder.

* Reigns goes backstage and the cameras catch him brawling with Jinder. They brawl back to the ring area and Reigns finishes Jinder off with a Superman Punch as officials break it up.

* WWE Intercontinental Champion Seth Rollins retained over Kevin Owens in an amazing match that went 20 minutes or so. Many chants from the crowd, who stayed hot throughout. Rollins and Owens tore the roof off the O2 before Rollins won with the Blackout

* Backstage segment with “The B Team” Bo Dallas and Curtis Axel approaching Kurt Angle for a RAW Tag Team Title shot. Angle makes a match for later tonight but it won’t be a title shot.

* Bobby Roode defeated No Way Jose and Baron Corbin to qualify for Money In the Bank. Roode hit the Glorious DDT on Jose to win. Some UK indie wrestlers were in Jose’s conga line.

* Curtis Axel and Bo Dallas defeated Breezango after a double team finisher to Fandango. Lots of chants for The B Team, who demanded a title shot after the match.

* RAW Tag Team Champions Matt Hardy and Bray Wyatt defeated The Revival in a non-title match. They lost the crowd here, worst than during the six-woman match.

* Sami Zayn comes to the ring and cuts a promo on Bobby Lashley, ranting more about how Lashley gave him vertigo. Sami shows the video interview with Lashley and Renee Young from last week but fans were booing and chanting “boring” before it was over. Sami reveals that he is bringing Lashley’s sister to next week’s RAW to expose him.

* Alexa Bliss defeated Bayley and Mickie James to qualify for Money In the Bank. Bliss got the pin on Bayley to win.

* Dolph Ziggler and Drew McIntyre defeated Finn Balor and Braun Strowman. Big pops for all 4 competitors but Braun was the most over of any Superstar tonight. Strowman sent McIntyre crashing through his Greatest Royal Rumble trophy at one point.

* Kevin Owens is revealed as the replacement for Jinder Mahal in the main event due to Roman Reigns injuring Jinder.

* Kevin Owens defeated Elias and Bobby Lashley to qualify for Money In the Bank. Elias performed before the match. Sami Zayn ran down at one point and stopped Lashley from getting the win. Owens went on to hit the Frogsplash on Elias for the win. After the match, Elias joins Owens and Sami for a beatdown on Lashley until Seth Rollins makes the save. Roman Reigns then ran out to even the odds and help Rollins with the save. RAW ended here. 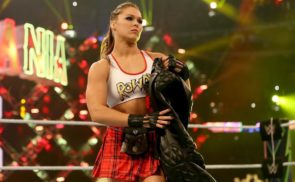 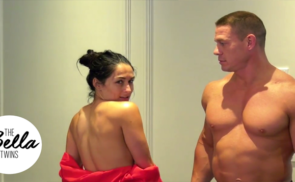 John Cena: “I Had My Heart Broken Out Of Nowhere”