Mr. Monday Night may have to change his name to a different day of the week. In a recent interview with The Sporting News, Rob Van Dam, aka RVD, revealed that he has signed a new long-term deal with Impact Wrestling.

Below are some questions in the interview, along with RVD’s answers:

Sporting News: You are returning to the ring Thursday for Impact at United We Stand when you team up with Sabu against Rey Fenix and Pentagon Jr. But we are excited to help you announce that you have signed an extended agreement to return to Impact Wrestling.

Rob Van Dam: It looks like you are going to be seeing my face around for the foreseeable future. We have an agreement to where I will be sticking after the show on Thursday. It does have a beginning and an end, but they can extend, so this is something to start us off. I had agreed to one match, and then we talked about and discussed doing their upcoming tapings after the show on Thursday and a couple of television tapings over the next few months. We looked at the schedule moving forward, and they asked if I was available. I told them I was.

We will see how it goes. It’s a pretty friendly schedule, which has always been important to me. I want to be home more and on the road less. That’s still something I’ve done since I left WWE in 2007. Impact with their schedule and the position they want me to fill for my career seems like a perfect situation. Hopefully it will be mutually beneficial, and we will see “The Whole F’N Show” back on television. Let’s see how all these new guys matchup to me. I’m not there to compete with the guys who have stolen all my moves (laughs). I’m pretty much there to be myself. 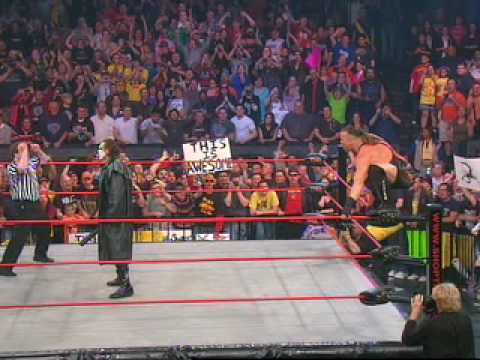 SN: On Thursday at United We Stand, you will be teaming up with Sabu for the first time in a long time against Rey Fenix and Pentagon Jr in the headliner. What does it mean to be teaming back up with a good friend once again?

RVD: I’m looking forward to it. Sabu is the only person in the industry that I feel is like my real brother. We have had each other’s back in and out of the ring all over the world for many years, and not to mention that he trained me, so we are very like-minded in what we think is a good idea about a match. I’ve always enjoyed my matches with someone that likes to approach wrestling the same way I do, like Jeff Hardy, Rey Mysterio and Sabu. He’s been my favorite tag-team partner. I’m looking forward to the match.

Hopefully I don’t hurt him, because I always do that like picking him up and tossing him onto someone. I used to break his jaw while we were training while doing a back kick. That’s what I learned when I was getting into it training with him in the Original Sheiks backyard. We took a couple of weeks off after that. When we returned, he told me to take a couple of steps back and then throw it and, boom, it worked out just fine. I’m glad he’s on my side and looking forward to doing some of our cool tag team moves.

SN: What can fans expect from you in your return to Impact Wrestling?

RVD: There’s going to be certain fans who haven’t seen me in a while or never at all that will be surprised that I’m still RVD. I still move the way I used to move, and they are still going to appreciate the distance. All these other wrestlers are trying to emulate me, and I’m thrilled to inspire.

Whatever I do different with the way my body moves, the way I execute my moves, all of the people will realize this is why they love RVD. 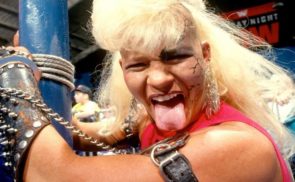 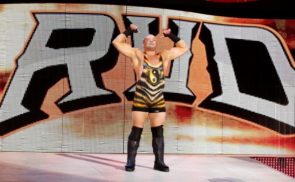