So long and farewell for real this time? Earlier this year, WWE announced that Dean Ambrose will be leaving the company when his contract expires. Ambrose has been on the main roster for just shy of seven years now and has won just about everything there is to win in the company. With him seemingly on his way out though, it’s time for a farewell and that might be what we got on Monday.

Is this the last curtain call? Check out what happened after Monday Night Raw went off the air:

After this week’s Monday Night Raw went off the air, Ambrose appeared and attacked a downed Baron Corbin with Dirty Deeds and played to the crowd before leaving to wrap up the evening. This may be Ambrose’s last appearance in front of the live crowd as he has nothing scheduled for WrestleMania. There is always a chance that the two sides could come together on a new deal though.

Opinion: If that’s it, I’m going to miss Ambrose. He had a certain charm to him and was always just a few steps off from everyone else, which made him more interesting than a lot of other talent. If they can’t come to an agreement, hopefully Ambrose gets to go do something else in wrestling wherever he wants to go, though it wouldn’t shock me to see him come back to WWE later on.

Do you think this is it for Ambrose? Do you want to see him come back? Let us know in the comments below. 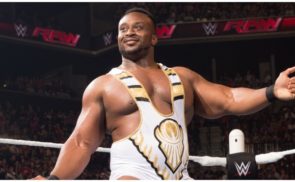