Reports are surfacing that former ECW Original Balls Mahoney has died at the age of 44.

At a loss for words, love you brother, you’ll be missed, rip Balls Mahoney pic.twitter.com/xAFsschzXK

According to Jonny, Mahoney died suddenly in his home on Tuesday evening. There were reportedly ambulances on front of his house, and when Jonny called Mahoney’s home to find out what was happening, she broke the unfortunate news.

Mahoney is best known in the wrestling world for his time in ECW in the late 90’s. A former 3-time tag team champion, he was known for memorable matches with the Dudley Boyz. He began his career in ECW by teaming with Axl Rotten, and together they were known as The Hardcore Chair Swingin’ Freaks.

When ECW was rebranded by WWE in 2006, Mahoney was brought in to bring legitimacy to the company. He remained with them until he was released from his contract on April 28, 2008.

The details behind Mahoney’s passing are unknown at this time. We will continue to monitor this story and provide updates as they become available.

It’s always sad when someone passes away so young. We at WrestlingRumors.net send our deepest condolences to his entire family. 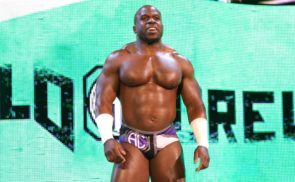