As seems to happen on “Talking Smack” each week, the elephants in the room are constantly addressed.

Both on last night’s show, as well as on “Smackdown Live,” several shots were taken at John Cena, by AJ Styles and Baron Corbin, saying that he has now transitioned into a part time wrestler.

General Manager Daniel Bryan addressed these accusations on “Talking Smack,” talking about why the frustration exists amongst the current talent, with regards to “part-timers” returning to the company and taking the biggest matches at WrestleMania.

He said that, for example, a guy like Dean Ambrose is featured in 99% of the main events at the Live Events that are put on by “Smackdown Live” each year. However, when all of the “part-timers” come in and take all of the best spots at WrestleMania, the current talent don’t feel this is right, because they are the ones putting in the work for the remainder of the calendar year.

However, Bryan continued by saying that now, as a person in a management position, he’s starting to see things through a different set of eyes. He says that the company wants these “big events,” and that you need special attractions to draw in viewers.

In the end, Bryan wants to create a mix of the “part-timers” and putting things on their full-time guys.

I definitely see all sides of the spectrum. However, I believe that when the current talent puts in enough of their time with WWE, they will have earned the opportunity to return as a “part-timer,” and will understand that side of the business. 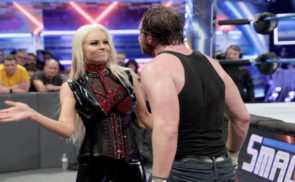 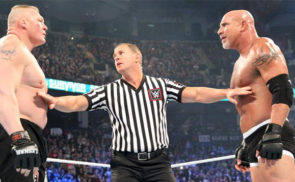 Will One Of These Early Entries Win the Royal Rumble?