Here Comes the Money: The Career of Shane McMahon

With his return on Raw, Shane McMahon made the WWE Universe explode. But let’s not forget the career steps he took to get here.

The most notable aspect of Shane is simply part of his name: McMahon.

As a fourth-generation wrestling promoter, Shane-O Mac followed the footsteps of his predecessors. What’s unique about Shane is his ability to integrate quality wrestling into quality promoting.

Some in-ring of Shane’s achievements include holding the WWF European Championship and Hardcore Championship.

Also, Pro Wrestling Illustrated awarded him Rookie of the Year in 1999 (he refused this award, saying, “These are for the boys, not me”). He also won an award for Feud of the Year in 2001, versus Vince McMahon.

The father-son enemies destroyed each other in a Street Fight at WrestleMania X-Seven, which would go down as one of the best WrestleManias of all time.

Being both a WWF executive and a wrestler, Shane took part in some the Attitude Era’s best storylines.

Specifically, he was a leader of the infamous Alliance stable. As part of The Alliance, Shane competed in one of 2001’s best matches: Team Alliance vs. Team WWF in a five-on-five survivor series tag team elimination match.

In addition to this storyline, Shane was crucial to The Corporation, as well as The Ministry of Darkness during the late 1990s.

From 2003 to 2005, Shane made sporadic appearances, including a Street Fight versus Eric Bischoff at SummerSlam 2003.

In 2006, Shane fought Shawn Michaels in a Street Fight, which Shane won because of his father’s involvement.

This would lead to a very intense feud between the McMahons and Michaels, ending with an intense WrestleMania 22 match between Michaels and Vince.

2009 would see Shane reemerge as a face, as his family feuded with the villainous stable, The Legacy. By the end of this rivalry, Shane had left WWE to continue his own life as a businessman.

Six years later, Shane returned to WWE in what would be of the best Raw segments in years. Vince announced that Shane will have a match at WrestleMania 32, his opponent being no other than The Undertaker. Oh, and it will be a Hell in a Cell match. If Shane wins, he will gain control of Monday Night Raw.

No matter what the near future will show, Shane McMahon’s legacy has been engraved into the professional wrestling business. 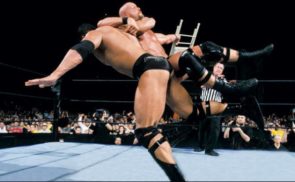 The Best of the Best: WrestleMania X-Seven 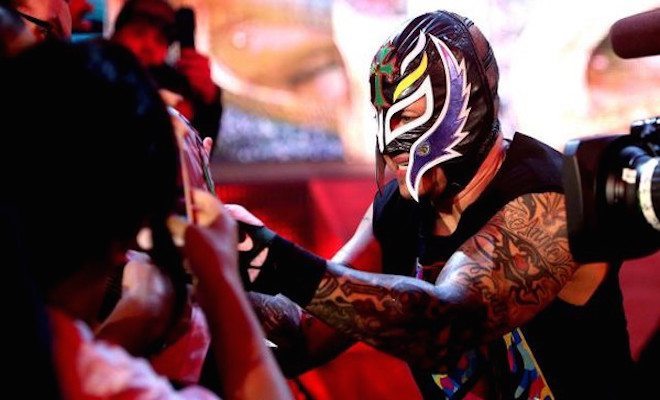 The Biggest Little Man: A Tribute to Rey Mysterio