At the end of WWE’s Fourth of July edition of Monday Night Raw earlier this week, Big Show & Zack Ryder emerged as the final two survivors from Team USA, who were victorious over the team of International stars.

On paper, the entire match could have been looked at as a simple July 4th treat without any implications on WWE programming, but that doesn’t seem to be the case for Zack Ryder.

According to a rumor from CageSideSeats.com, there are some plans for Zack Ryder to work a program with Rusev for the United States Championship.

It’s unclear, but Ryder’s win on Raw could lead to a match with The Bulgarian Brute at “Battleground.” That could be true because Rusev defeated Titus O’Neil to lead off Raw, which could be the end of their feud.

Ryder may have been the miracle man of Wrestlemania 32 with his Intercontinental Championship win in the ladder match, but it is very unlikely he takes the US title off Rusev.

It’s not that Ryder isn’t capable as the US Champion, but he’s consistently been used to get Rusev over and give him a win when he needs it on Raw or SmackDown. However, this could be his moment to return to glory.

Do you want to see Rusev vs. Zack Ryder at “Battleground?” 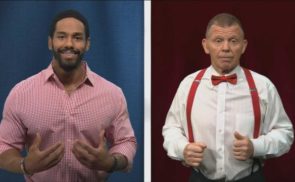 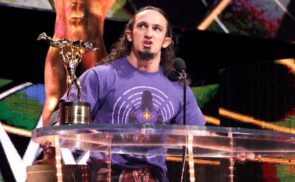 Rumor: Neville Expected to Feud With Chris Jericho Once He Returns