We all know that WWE is looking on the Independent scene and reaching out to former WWE stars to help fill rosters for the upcoming brand split.

According to a report from DailyWrestlingNews.com, the powers that be are interested in bringing back former WWE Superstars Curt Hawkins and Jimmy Wang Yang.

Both names don’t seem like the kind of big time names that many were expecting, but they’d do a lot for the depth of WWE’s roster going into the WWE Draft.

WWE’s logic to bringing back veterans is the nostalgia factor plus experience and name to put the younger guys over the create new stars, which is a really good idea for many talents.

Apparently, WWE is also interested and watching a lot of the talent that knows the Lucha style. For example, they’re said to be interested in Lucha stars Volador Jr. and Rush. The latter had a WWE tryout last year when the company signed Andrade “Cien” Almas.

Who do you think should return to WWE a fill the veteran role?

Opinion: The Historical Significance of the nWo on Professional Wrestling 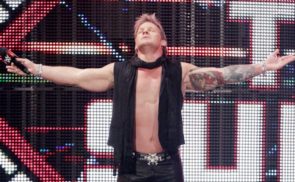 Chris Jericho’s Current WWE Run May Not End Until 2017