They’re interested. WWE does a lot of things and some of them are often not that well received by fans. This can create a problem as WWE might be doing something that takes them in the wrong direction from what their audience wants to see. It can help to get some feedback on what the fans want on their shows and now that is what WWE seems to be trying to get.

According to PWInsider.com, WWE has sent out a fan survey asking about a variety of topics. Some of the ideas that fans were asked about included NFTs, a wrestler ranking system and more behind the scenes looks at wrestlers. The survey also asks about how much wrestling fans watch and what platforms they use to watch it. There is no word on if any of these ideas will be implemented.

Opinion: This is something that could help, but it doesn’t make a difference if WWE doesn’t listen in some way. Otherwise, this is little more than lip service for the sake of appearing like they’re trying. Hopefully WWE tries something new for the sake of freshening things up, but a ranking system isn’t exactly something that sounds like the best idea, especially when WWE can barely keep track of the wrestlers they have now.

What do you think of the ideas? What is the one big change WWE should make? Let us know in the comments below. 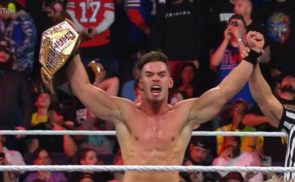