Shake it up. WWE is in a strange period at the moment as they company has put almost everything they have behind one wrestler. That would be Roman Reigns, who is closing in on two years as WWE Universal Champion. That is the kind of thing you do not see happen very often and WWE is pushing the length of Reigns’ time as champion as a once in a generation deal. Now it seems that they have found a new way to extend it even further.

As announced by Fightful on twitter, Reigns is no longer advertised for Hell In A Cell on June 5. The show’s original poster featured Reigns, but he has now been replaced by Cody Rhodes. This comes as Reigns has recently signed a new contract with WWE, which will allow him to work several fewer dates. Reigns is expected to be working on some television shows, where he will be heavily advertised in advance.

Opinion: This is starting to sound like Brock Lesnar’s time as champion and that is not a good thing. Following Hell In A Cell, Reigns will not have defended his title on television in over two months. It is a little hard to get behind someone as a challenger when you are waiting for months to get to the title match, which will likely come at Money In The Bank in July at the earliest. I know why WWE had to give Reigns this deal, but that doesn’t make it much better.

What do you think of the change? How long will Reigns be champion? Let us know in the comments below. 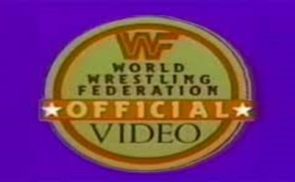