They’re not done yet. Just like the rest of the world, WWE is currently having a lot of issues due to the Coronavirus. The company is basically just down to television shows at the moment as they are unable to tour and are mainly relying on their television contracts to stay afloat financially. That means they need to do something in order to keep expenses low and now they are doing it again.

Back on April 15, WWE released and/or furloughed several on-air performers and producers in an effort to save money. Some of these wrestlers had not performed regularly in several months while others were more prominent. Either way, it did not look like the best move from an outside perspective while the company was bragging about its financial status. Their next move might look a bit better.

According to PWInsider.com, WWE has enacted a series of new cost cutting measures to save money. This includes cutting executives’ pay, with the move coming in the last 48 hours. The move was announced in a press release last month, but it was not known when the move would actually take place. It is not clear which executives’ received pay cuts or how much was cut.

Hopefully these people kept their money. Check out some of the previous WWE bosses:

Opinion: This is the kind of thing that will give WWE a bit more sympathy than cutting the wrestlers. They have so many executives who have been around for a long time and are paid incredibly well despite rarely doing anything on screen. I can understand that they have quite the important job on their own, but it was a little hard to accept that the wrestlers were gone with nothing going on in relation to the business side of things. Maybe this helps things a bit, though there are some rough times ahead.

What do you think of the cuts? Will WWE release more wrestlers? Let us know in the comments below.

Vince McMahon Biography In The Works 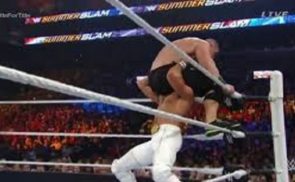