WRESTLING RUMORS: WWE Bringing Back Classic Show With A Twist

It’s worth looking at again. There are a lot of recurring ideas throughout the history of WWE and some of them are around more often than others. WWE often adds a prize to the competition, usually in the form of a title or a shot at a title down the line. It can be a lot of fun to hear about one of those ideas coming back and now WWE seems set to bring back another of them.

According to WrestleVotes by way of GiveMeSport, WWE is considering bringing back King Of The Ring as a stand alone event in 2023. That would mean that the entire tournament would take place in one night, with no matches taking place on regular television, as was the case in the original pay per view versions. There is no word on if the Queen’s Crown Tournament would continue as well.

Opinion: King Of The Ring is one of the few WWE shows that goes away for a long time but then coems back to some pretty solid fanfare. I like the idea of the show, but I don’t know about having it be a full on event. Maybe WWE can make it work, but not having a main event set and not having the biggest prize set up for the winner doesn’t help. Fix that up a bit and they should have something, but a one night tournament is never going to be easy to pull off.

What do you think of the idea? How would you present the show? Let us know in the comments below. 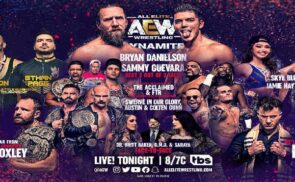 One More Down: WWE Appears To Officially Retire Championship