Welcome back. The Coronavirus pandemic has changed the way wrestling works and that has been the case for over a year now. Unfortunately it seems like it could still be a long time before things are really back to normal and that is the case in wrestling as well. WrestleMania 37 having fans helped out a lot, but it was a one weekend event for WWE. It will not be for another promotion though.

All this and more. Check out the full episode of Fusion, including the announcement:

Opinion: I know it’s a first step and not exactly the same as AEW or WWE making such an announcement, but it is great to see something like this take place. Major League Wrestling getting to have fans back in attendance going forward feels like something is changing in a good way. If nothing else, it is going to give the show some energy and that is always a good thing for the company and the fans. 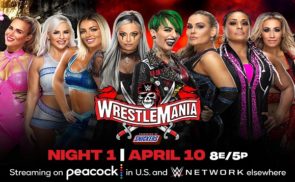 How One WWE Star Made WrestleMania 37 Better For Women