AEW star Christian Cage recently spoke with Bleacher Report and discussed a number of topics. Among them was his return to WWE and subsequent jump to AEW, Samoa Joe and his release from WWE, advice from Vince McMahon, and more.

“The Rumble happened and there were some ongoing discussions with WWE,” he said. “I have friends who work with both companies, and one of my good friends is Jon Moxley. We were talking and he said ‘Listen, you’re a free agent and it’s probably going to be the last time it happens for you. You have to weigh all your options. You hold all the cards so you should at least have a conversation with Tony [Khan].’

“I thought he was right, so I had a conversation with Tony. We talked for a couple of hours and we hit it off. Hearing what he thought I could offer the company and what I thought I could bring to the table, it just seemed like a perfect fit at this stage in my career. That’s what this is about, having the proper platform for this final chapter of my career.

“What I appreciate about Tony is his honesty and what a legitimately good person he is. That goes a long way with me. This is about what I can do to help the company and what I can do for the next generation of wrestlers.”

On Samoa Joe and his release from WWE:

“That surprised me,” Christian said. “Joe is a super-talented guy. You see it in the ring, and obviously, he has tremendous verbal skills. He was a natural as a commentator as well. When you have that kind of multi-talented individual who can wear a lot of hats, that’s invaluable. He truly is, in my eyes, a top performer. He’s not going to have any shortage of suitors when the time comes, that’s for sure.”

On advice from Vince McMahon:

“One time, I was doing a promo on Raw, and I had memorized words I was going to say,” Christian said. “It was Edge and me, and Mick Foley was going to come out and interrupt it. Midway through talking and I just went blank and couldn’t remember anything. Edge was looking at me like ‘What’s wrong with you?’

“I started fumbling words. They say you can’t see the faces in the crowd, but trust me when I say I saw every face in that moment. I started to panic and it wasn’t good. When Foley came out, he said something like ‘Did you forget your lines?’

“The next day, I walk in and I saw Vince. He said ‘Great stuff last night.’ I said ‘ Really? I forgot everything.’ He said ‘You’re a heel, right?. When you’re a heel, you can get away with anything. If that ever happens again, step back, take a breath and look at your partner. Ask him what you were talking about and go back to it. Act like these people don’t get to hear you talk until you’re ready.’

“It was a big lesson. From that point on, I stopped trying to memorize things. You have to go out there with your own voice and some bullet points of what you want to talk about.”

They also discuss being cleared to wrestle, competing with Will Hobbs and other AEW talent, his interests outside of the ring, and more. 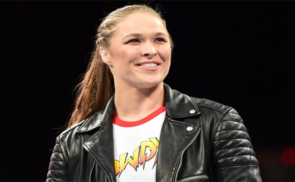 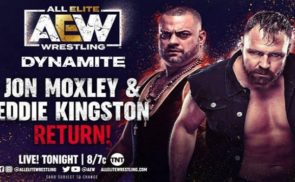