One more time? Wrestlers have an advantage over other athletes in that they can make a return to the ring a little bit more easily. Rather than having to be ready for a full season of work, a wrestler can pop in and out for a short appearance should a promotion be interested. Now a wrestling legend has announced that he could get back in the ring if someone wants to give him a chance.

Sean Waltman, better known as X-Pac, was a guest on this week’s edition of the Bump and revealed that he is medically cleared to return to the ring. After undergoing an unspecified surgery, Waltman was cleared by his surgeon and says he should be back in ring shape early in the new year should someone call. Waltman announced his retirement from the ring in July 2019 and has not wrestled since April 2019.

Waltman had a heck of a WWE career. Check out his time in the company: 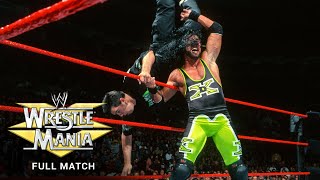 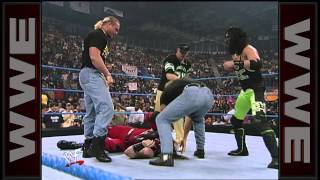 Opinion: Waltman could be a perfect surprise entrant in the Royal Rumble as that theme song would get a great reception and Waltman could spice things up a bit. He hasn’t been around in a long time but fans are going to remember him, so if this is something possible, it would certainly be worth looking into. I hope we get to see this, as it is long overdue in such a spot.

Would Waltman be a good surprise Royal Rumble entrant? Will WWE use him? Let us know in the comments below.

First Of The Year: WWE Adds A New Match To Day One