That might slow him down. The Coronavirus changed the way the world worked, including the wrestling industry. While most of the things are now back to the way things were before, there is always the chance that something can go wrong and put someone on the shelf for a little while. That seems to be the case again and now it is going to keep a top name on the shelf.

AEW World Title Hangman Page has revealed that he will be missing this week’s edition of AEW Dynamite due to being diagnosed with the Coronavirus. There is no word on when Page will be back. Last week saw Page seem to enter into a new feud with CM Punk, as the two stared at each other after Punk’s match. No match has been officially announced between the two.

dynomite is tonight at 8pm on tbs but i will not be on there because my face is full of covid snot, sorry. please enjoy regardless.

Opinion: As always, what matters here is Page’s health as you don’t know how long he is going to be on the shelf. Hopefully everything is ok though and Page is able to bounce back sooner rather than later. It is almost hard to think of someone being diagnosed with the virus, which is at least a good sign about how things have gotten that much better about the whole situation.

What do you think of Page? What should he do when he gets back? Let us know in the comments below. 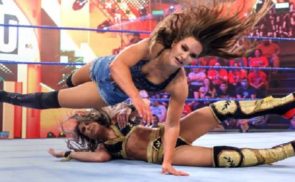 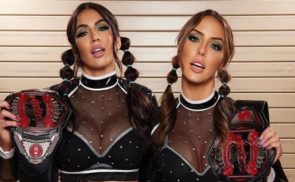