It might be a bit. Wrestlers are people who tend to move around a lot, as you do not often see someone who stays in one place permanently. There is always another place to wrestle in front of fresh fans with fresh eyes. It means wrestlers will leave one promotion for another every now and then, but this time we are seeing some people leave, presumably for no particular place.

Impact Wrestling’s The IInspiration, comprised of Jesse McKay and Cassie Lee, have announced that they will be stepping away from wrestling at the moment. The team gave no reason for their departure. The statement also thanked Scott D’Amore and Impact Wrestling for the memories. There is no word on where the two will wrestle next, or if they ever will.

Opinion: I’m not sure what is going on here but it seems like one or both members of the team need some time away from the ring for whatever reason. Maybe it is health, maybe it is burnout or maybe it is something completely different. The two are very good at what they do though and hopefully they come back to the ring at some point. What matters is that they are healthy and happy, and if they need some time away to make that be the reality then so be it.

What do you think of the team? Where do you want to see them wrestle next? Let us know in the comments below. 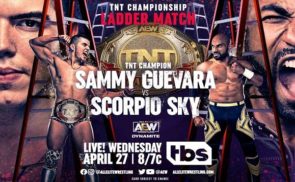