This is the last show on Fridays as the show moves back to the original Thursday time slot next week. We’re coming off a pretty poorly received episode of Raw where the Authority reminded us that this is their company and we’re just lucky enough to be watching it. Nothing major has been announced for tonight but you can smell the big tag match from here. Let’s get to it.

We open with a recap of Cena bringing back the Authority from last week and the Authority’s path of rage this past Monday. They added Rollins to the Royal Rumble title match and destroyed Ziggler, Rowan and Ryback before firing them all to end the show.

Here’s Seth Rollins to get things going. He’s feeling good after the look on Cena’s face at the end of Raw. It was so good that we need to take another look at it. Rollins made Cena go back on his word and now the Authority is back. If that isn’t enough, Cena is responsible for three men getting fired.

On top of all that though, Cena is responsible for Rollins being in the main event of the Royal Rumble. Rollins isn’t a bad guy though. He asks the crowd for ten seconds of silence while the bell is rung in the memory of Ziggler, Rowan and Ryback. At about six bells, here’s Reigns to cut things off. Seth says it’s good to see you brother but Reigns says Rollins is full of it. That would be sufferin suckatash of course. Apparently there are a lot of Sylvester fans in the audience as a brief Roman Reigns chant starts up.

Roman gets right to it and nails Seth in the jaw to put him on the floor. This brings out Big Show and Kane with the latter making Big Show/Rollins vs. Reigns, unless Reigns can find a partner. However, anyone that agrees to be his partner is going to be going against the Authority. Fan: “SANDOW!” Big Show compares his fist to the Superman Punch and promises to knock out everyone that doesn’t like it. The fact is Roman is screwed.

Miz and Mizdow come in to see Kane. It must feel wonderful to have the Authority back in power, even though they canceled MizTV tonight. They really canceled an idea they came up with a day earlier? It amazes me how fast they have to change things around here. Anyway, Miz and Mizdow don’t like the idea of being in a three way tag tonight. Kane agrees, so Miz asks Mizdow for some water. The water goes on Kane instead, so the triple threat is back on.

Raw rematch. Cesaro and Kidd are in Rose’s corner after laying out New Day on Raw. Rose takes him down and drops some knees for two before we’re in the chinlock less than a minute in. Big E. fights up with a belly to belly but stops to wipe off his sweat. The Big Ending is countered and Rose hits a nice tornado DDT for two more. The Big Ending is good for the pin a few seconds later at 2:36.

Those are the only names I can find for Ascension’s meal tonight. Ascension brings up the Road Warriors again, saying they couldn’t carry their shoulder pads. As for the Powers of Pain, Ascension’s power would cause them pain. Konor kicks I think Mad-1 around the ring to start before Viktor clotheslines him on the floor. Back in and Fall of Man is good for the pin at 46 seconds.

The Usos think Monday’s firings are unfair but neither is putting them in a triple threat title defense. They’ll do what they do though and rise to the occasion to fight for their titles.

This is due to Fox attacking Naomi on Monday after Fox replaced Naomi on Total Divas. Naomi dropkicks her at the bell and hits a running corner splash. Fox comes out of the corner with a sunset flip into a rollup and throws her feet on the ropes to pin Naomi at 1:16.

HHH’s sitdown interview this week focused on those guys deserved to be fired. Cena begged them to go to war but eventually brought back the Authority as he needed to. That’s the kind of guy HHH wants to go to war with, at least until he changes sides and then he’ll be on him like a rabid dog.

We look at the ambulance match from Monday.

Bray says Ambrose is just like the rest of the people who tried to climb out of a jar. Fate is a pretty girl with a sword in her hand and she’s leading him to a new destination. In three weeks, Bray Wyatt will arrive at the Royal Rumble.

Usos are defending and it’s one fall to a finish. Jey and Miz get things going but Goldust tries to tag himself in early on. Miz shoves Jey down but they go into a pinfall reversal sequence for about four near falls each. We finally settle down to Miz being caught in a headlock with Jimmy coming in off the top to keep Miz in trouble. Miz makes a quick comeback but Stardust tags himself in. A big chop puts him in the corner though and it’s back to Jey for a headbutt. Goldust gets in a cheap shot from the apron (and quite the reaction).

The Usos send the other brothers and Miz out to the floor (Mizdow is kind enough to do it himself) and the big dives take them down again. Stardust adds the Falling Star but Jimmy takes him out a second later. Jey gets crotched down coming back in and we take a break. Back with Jimmy enziguring Stardust but Miz tags himself in to get the two count. Mizdow tags himself in for the Reality Check and a nice nipup (Cole: “Well HBK does have a beard.”) but Goldust tags himself in to run Mizdow over.

A jawbreaker gets Mizdow out of a chinlock but Stardust keeps him in trouble. It’s back to Goldust for another chinlock before Stardust kicks Miz off the apron. Mizdow gets loose but there’s no partner to tag, so he dives over to tag Jey instead. A release Samoan drop puts Stardust down but Goldust saves him from the running Umaga attack. Everything breaks down and the double superkick drops Goldust but Miz makes the save. Stardust low bridges his brother by mistake and Jimmy dives on him for good measure. Back in and the Superfly Splash to Goldust retains the titles at 16:27.

Here’s Bad News Barrett with the good news that he’s the new Intercontinental Champion. He invites Ziggler out here right now for a rematch before remembering that Ziggler is fired. Barrett officially enters the Royal Rumble and promises to win the title at Wrestlemania.

Non-title and Eden calls this a match instead of a contest. Barrett hammers him down to start and we’re already in a chinlock. Cara fights up and hits a spinning springboard headbutt, only to walk into Winds of Change for two. Wasteland is countered into a rollup for two but Cara kicks him in the head, setting up a Swanton for the pin at 2:03.

We get some exclusive comments from the three fired guys after Raw went off the air.

Ryback says he’s trained every day to have this job that he loves more than anything. Now the Authority is abusing its power and taken that away from him and it’s the worst feeling in the world.

Ziggler did everything he could at Survivor Series and now he’s lost everything.

Daniel Bryan is back in the ring next week.

Reigns has no partner at first but Dean Ambrose comes out to team with him. The look on Rollins’ face is similar to Vince when the glass shatters. The former Shield members clear the ring to start, leaving Seth to shout that Dean was taken away in an ambulance. After a meeting on the floor, it’s Rollins vs. Ambrose for the opening bell. Dean takes over to start and quickly brings in Reigns to throw Seth into the corner.

Big Show is shouting very loudly tonight and you can hear almost everything he’s saying, including “HE KNEED HIM IN THE FACE!” Show finally pulls Seth out to the floor to get him away from Ambrose as we take a break.Back with Big Show chopping Dean in the corner and kicking his leg out. Rollins comes back in and steps on Dean’s hand before dropping an elbow on the leg. He takes too much time talking trash though and Dean hops from the good leg to nail Rollins in the face.

Seth is smart enough to go back to the knee though and Ambrose is still in trouble. The Stooges get in some cheap shots on the floor before Big Show just throws Dean around the ring. Dean won’t stay down though (even with Big Show telling him to stay down) and raises the good leg in the corner to stop a charge. A tornado DDT is enough to make the hot tag to Reigns as things speed up.

Roman plants Seth with a tilt-a-whirl slam and the Superman Punch takes out both Stooges at the same time. Reigns loads up the spear but walks into a chokeslam, only to have Dean dropkick Show down (with only the good leg connecting). The standing elbow drop puts the Stooges and Kane down, leaving Reigns to spear Rollins for the pin at 12:02.

Make sure to join us on Monday at 8pm EST for Monday Night Raw.

Remember to follow me on Twitter @kbreviews, check out my website at kbwrestlingrevies.com and pick up my new book on the History of the Royal Rumble at Amazon for just $3.99 at: 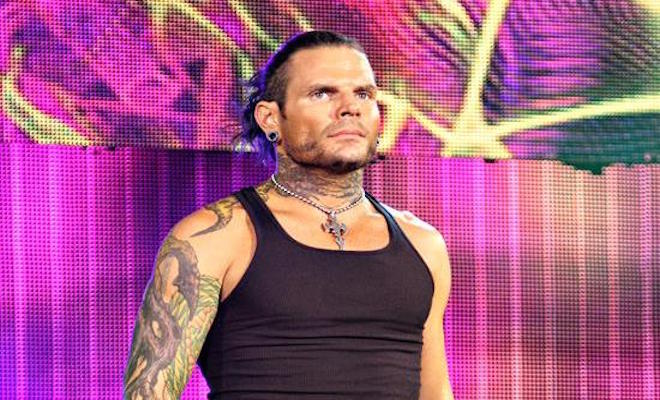