We’re starting a new year here and Sami Zayn is still on the shelf due to his attack at the hands of Kevin Owens. Last week was the Best of 2014 special with the only plot advancement being Charlotte defeating Sasha Banks in an R-Evolution rematch. I’m sure there will be other rematches in the future so let’s get to it.

Non-title. Dillinger chops Kalisto up against the ropes to start so Kalisto comes back with a three bounce springboard armdrag. Off to Jordan who tries the different approach of a release fall away slam to put the champions in early trouble. Jordan mockingly bows to Cara on the apron to allow some cheating. Renee keeps talking about how pretty the villains are but still manages to be adorable. That takes talent.

Dillinger slams Kalisto down again and draws a nice Tye chant. Back up and Kalisto flips forward to escape a backdrop and the hot tag brings in Cara. Everything breaks down and Kalisto takes Jordan out with a corkscrew dive, allowing Cara to hit a super victory roll for the pin on Dillinger at 3:07.

The Vaudevillains come out and jump the champions post match.

CJ Parker is worried about facing Baron Corbin but Bull Dempsey comes in and tells him that taking down Corbin is for the better good. This sounded a bit like a bounty.

NXT moves back to Wednesdays in two weeks.

Carmella runs her over and steps on Blue Pants’s hair, thus freaking Renee out again. Enzo gets on the apron and…..dances I think? The distraction lets Blue Pants grab a small package and BLUE PANTS WINS!!! Cass: “DUH-DUH-DA-DA!” Match ran 1:13.

Carmella is mad at Enzo post match but Cass breaks it up.

Parker’s sign: “You can break my sign but you’ll never break my spirit.” Fans: “BREAK HIS SPIRIT!” Bull Dempsey is at ringside and watches snake eyes and a big boot set up End of Days for the pin at 0:29.

Post match Corbin asks if Dempsey is going to stand there or if they’re going to do this. Dempsey goes after him but referees quickly break it up.

Regal announces that Sami Zayn will be back next week. Curtis Axel comes in and says he’s barging in on Regal’s interview. The boss never got back to him, even though Axel is a former Intercontinental Champion who has beaten HHH and John Cena. That sounds good to Regal and he makes Axel vs. Itami next week. Regal just made an announcement and a match for next week. His total time on screen: 74 seconds.

Here’s Charlotte for a chat. She’s asked what her new challenge will be and the Blue Pants chant starts up. Charlotte tells the crowd to not chant while she’s talking, even though she wasn’t saying anything yet. NXT is revolutionizing women’s wrestling but she’s beaten Sasha Banks twice now. Cue Banks and Lynch to surround her but Natalya comes out for the save before anything happens. That was a very odd response to the fans from Charlotte when she’s clearly been a face for at least a month now.

We get a video from Sami, who is home for the holidays but doesn’t know what to say about what’s happened to him. He worked so hard to win the NXT Title but he can only think about Kevin Owens. When he comes back he’ll say everything to the fans and to Owens himself. This was shot with a handheld camera instead of a professional camera and it gave the video a much more realistic and gritty feel.

Kevin Owens sits down with Renee Young. He didn’t steal anyone’s moment because Sami got his big celebration. That’s enough of the interview for him though because he doesn’t like being accused of things.

I know Balor’s face paint (not here this time) got all the attention but I really like Hideo’s gi inspired attire. They go at it immediately with the dream team taking over. Ascension bails before the seated corner dropkicks can connect until it settles down to Viktor vs. Balor. Finn charges into the corner with a running chop before it’s off to Itami, who the fans are really excited to see.

Back to Finn for more forearms and chops before Itami drops a knee for two. We hit the chinlock on Viktor as a Hideo chant starts up. Finn does a nice jump over the ropes to avoid a charging Viktor before kicking Konor off the apron. The distraction lets Viktor get in a big uppercut to knock Balor outside though as we take a break.

Balor fights out of a chinlock from Konnor but the Ascension uses their old school double team beatdown to keep him in trouble. It worked for the LOD and Demolition so why not here? Off to a reverse chinlock from Konnor for a bit before a big uppercut gets two. Finn gets spiked like a football to break up a hot tag attempt as the beating continues. Slugging it out with Viktor goes as well as you would expect it to go so it’s back to Konnor to just hammer Balor in the head.

The Pele Kick finally gives Finn an opening and the double tag brings in Itami and Viktor as things speed up. Hideo snaps Viktor’s neck across the top rope and scores with a top rope clothesline, only to walk into an STO for two. Itami teases the GTS again to another big reaction (and a GTS chant) but Konnor makes the save. Finn takes Konnor to the floor, leaving Itami to kick Viktor in the head for the pin at 16:15. 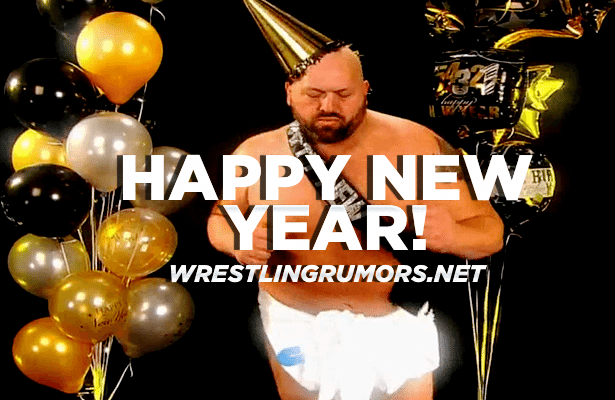 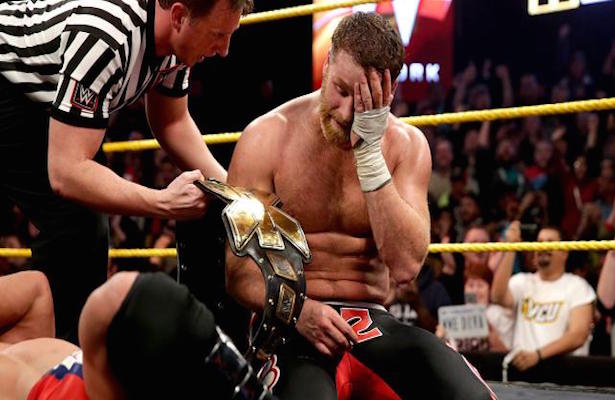