The changes continue. Earlier this year, the SpeakingOut Movement shook a lot of different parts of the wrestling world with no company being immune to the accusations coming from all over the place. Several wrestlers have been punished in one way or another with some of them being in bigger trouble than others. One of the more prominent names involved is in trouble as well, and now we know what that includes.

One of the bigger stories from late 2019 into early 2020 was the status of Marty Scurll. As one of the bigger names outside of a major wrestling promotion, the question became where Scurll would wind up when his Ring of Honor contract expired. Scurll would up deciding to stay with Ring of Honor, though with the added bonus of being the promotion’s booker. Since then, Scurll has been named in the SpeakingOut Movement and things have been changed as a result.

According to the Wrestling Observer Newsletter, Scurll is no longer the Ring of Honor booker, pending a human resources investigation into the allegations against him. At the moment, former booker Hunter Johnston, better known as Delirious, is now serving as the lone booker again. This comes as Ring of Honor is scheduled to return to taping television later this month.

You might need to get to know him. Check out Delirious’ time in Ring of Honor:

Opinion: This isn’t the biggest surprise and something that almost had to be done. Scurll was one of the more prominent names mentioned in the SpeakingOut Movement and having him in a position of power is not something that can be taking place. Maybe he can return to the position later, but Ring of Honor would have been in some hot water for letting him continue in the role without at least an investigation of some sort.

What did you think of Scurll’s time as booker? Who should run the company? Let us know in the comments below. 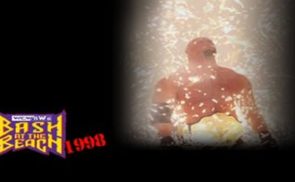 REVIEW: Bash At The Beach 1998: Summertime Not So Blues