It’s a big night for Ring of Honor as we have the World Title being defended as Cody faces former champion Christopher Daniels in a 2/3 falls match. This is a rematch from Daniels losing the title to Cody back at Best in the World where we got a rare double turn to make Cody one of the top faces in the company. Let’s get to it.

We open with a look at Cody winning the title and deciding that he deserves it. He’s still not signed to a Ring of Honor contract and is an outsider to the company.

Cody thinks Daniels’ rise to the top is amazing and Daniels is a classy professional wrestler but he doesn’t understand that Cody isn’t giving up this soon. He even takes credit for the higher buyrate when he’s in the title match, which isn’t quite the line you expect to hear but it fits for him. Cody is tired of all the mediocrity because he’s ready to be magnificent.

Here are Daniels and Kazarian to the ring, albeit from a few weeks ago. This footage was barred from airing on ROH TV but it’s making its debut here. Kazarian rips into the fans for booing Daniels, including a row of fat guys in Bullet Club shirts flipping him off. Those fans are the same “stupid marks” that congratulated Daniels when he won the title. It’s the same out with the old, in with the new mentality that makes Kazarian sick.

Daniels, sitting on the top turnbuckle, talks about hearing dueling “DANIELS SUCKS/CODY chants”, which he finds interesting because no one cared about Cody when he was Stardust. He brings up Cody being a free agent but no one talked about him signing a two year contract. Daniels calls the fans a bunch of something censored, and then promises to win the title and get released. That way he can defend it around the world, except for here in Ring of Honor. From now on, it’s all about Daniels and Kazarian.

Silas Young and Beer City Bruiser are here for their weekly Jay Lethal update. It’s now been 43 days since he’s been injured and Lethal isn’t coming back anytime soon. Silas remembers Lethal begging him not to do it but the Bruiser came up with the idea of splashing Jay through a table. There go the lights though and here comes Lethal. House is quickly cleaned with a chair and Young takes Lethal Injection. Lethal grabs the sign and writes a ZERO on it for the big visual.

Cody is defending and this is 2/3 falls. Daniels hits the floor immediately so Cody does some push ups. No contact in the first minute. They finally lock up with Cody grabbing a quick rollup for an early two. A headlock doesn’t do much as they’re firmly in first gear. Cody shrugs off a slam and hits a gordbuster, followed by some trash talk. Daniels bails to the floor for an argument with a fan and we take a break.

Back with Daniels jumping over Cody in the corner and taking him outside for a hard whip into the barricade. Cue the trainer to pop Cody’s shoulder back into joint, allowing him to hit a dropkick. Daniels breaks up a springboard though and Cody bangs his ribs on the apron. Back from a second break with Daniels still on the arm but stopping to yell at a fan. Daniels heads up top so Cody runs the corner for a super armdrag and a powerslam gets two.

A quick Figure Four eventually sends Daniels over to the ropes so Cody tries a Rainmaker of all things. Daniels kicks him into the referee though and they trade low blows. Kazarian runs out but Marty Scurll chases him off. Cody grabs a rollup for the first fall at 17:48 but Daniels chairs him down before the second fall beings.

We take a third break and come back again with Cody still on the floor. It’s only a nineteen count though and Daniels is getting frustrated. The trash talk goes on a bit too long though and Cody grabs a Flatliner for a breather. Cody wins a slugout and hits the Bionic Elbow but Cross Rhodes is countered. Daniels hits Cross Rhodes of his own for two but Angel’s Wings are countered. The second attempt works just fine….for two. The BME misses as well and Cody flips over him in the corner, setting up Cross Rhodes to retain at 25:43.

Remember to follow me on Twitter @kbreviews and pick up the Complete 2002 Monday Night Raw Reviews in either E-Book or Paperback. Check out the information here: 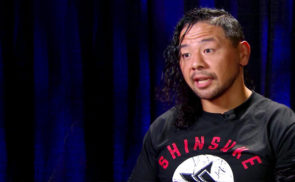 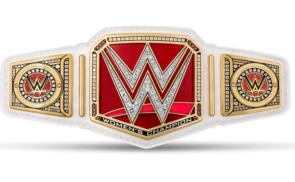