Did the voices in his head tell him this? Fresh off his Royal Rumble win this past Sunday, Randy Orton is ready to face someone for the Smackdown World Title at “Wrestlemania XXXIII”. While that person is still up in the air, at the moment it would seem to be Smackdown World Champion John Cena. While some fans aren’t thrilled with the idea, Orton has a different take.

This week on “Talking Smack”, Orton said that the fans want to see him face Cena at “Wrestlemania XXXIII”, “whether they know it or not.” Cena and Orton have one of the most storied rivalries of all time and have fought on pay per view well over a dozen times, including at “Wrestlemania XXXIV” in a triple threat match also involving Triple H. They are scheduled to meet next week on “Smackdown Live”.

I’m not entirely sure what Orton is thinking here but I can’t say I agree with him. Cena vs. Orton is one of the most overdone matches in wrestling history and while the wrestling itself is usually good, the interest in the match just isn’t there, especially on the big stage. It might be ok to do it at a minor pay per view but that’s not what “Wrestlemania XXXIII” is.

Would you be interesting in seeing Cena vs. Orton again? What’s your favorite of their previous matches? Let us know in the comments below. 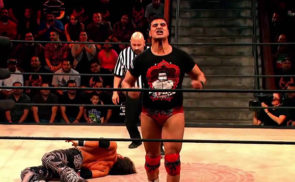 Wrestling Is Coming to Netflix This Month 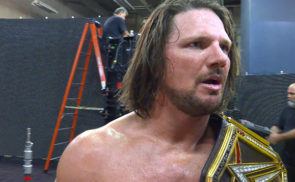 Who is AJ Styles’ Dream Opponent in WWE?