That’s how it ends. There are a lot of weekly WWE shows, including some that you might not pay attention to most of the time. While Monday Night Raw and SmackDown get the focus, there is some high quality wrestling to be found elsewhere on the WWE schedule. One of those shows is going to be coming to an end though, and now we know how it is going to take its leave.

WWE has announced that NXT UK will be going on hiatus starting in September and be replaced by NXT Europe in 2023. This will include a final NXT UK event, taking place on September 4 at 4pm EST. The show, called Worlds Collide, will see NXT UK wrestlers facing off with NXT wrestlers. This was set up this week on NXT, as several NXT UK wrestlers appeared and either attacked or confronted NXT wrestlers, including multiple champions. No matches have been announced for the show so far.

Opinion: This show was all set up on Tuesday so I don’t think there was much doubt about what you were going to see here. The card should wind up going well as there are some talented stars on both rosters and hopefully it will be a good final night for the brand. NXT UK has been a dependable show for years now and hopefully WWE wants to do something nice for them on the way out.

What do you think of the show? How do you see the card going? Let us know in the comments below. 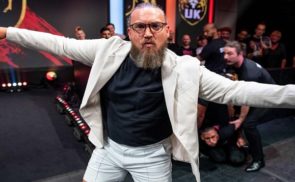 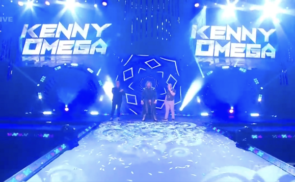 Could Be Worse: Health Update On Kenny Omega And Dragon Lee After Dynamite