We’re down to three shows before heading north to Toronto and that means it’s time to start hammering out the rest of the Dusty Rhodes Tag Team Classic. The quarterfinals begin tonight and we’ll need to get down to the finals in the next three weeks. Some of the matches have been taped at house shows so it might be time to take a field trip. Let’s get to it.

So here’s the thing: Austin Aries has a fractured orbital bone and is unable to compete so Austin suggests we have a singles match to determine who advances. Regal comes out to say that’s cool with him and TM61 agrees.

Shane does a very complicated spin out of a wristlock before kicking Strong in the face. A standing moonsault gets two but Strong’s first backbreaker puts Thorn down on the top turnbuckle as we take a break. Back with Thorn hitting a dropkick to put both guys down. We hit an Australian uppercut train until another backbreaker gives Strong two.

Strong tries a superplex but gets knocked down for Alberto Del Rio’s top rope double stomp (Fans: “SI SI SI!”). A Falcon Arrow gets two on Strong, followed by a sitout powerbomb to bring Aries up to the apron. Strong kicks Miller down but walks into a small package to send TM61 to the final four at 10:45.

Samoa Joe and Shinsuke Nakamura will sign the contract next week.

Non-title. Actually hang on a second as Scott Dawson is on crutches. Dawson has hurt everything in his knee and it would cripple a normal man (Dawson: “Like you two.”) but a little rest will make a man like him just fine. Therefore, the Revival is sitting this one out and DIY can have a pass to the next round.  No match.

Gargano and Ciampa are ready for whoever they face next.

Back to San Jose. Akum and Jose start things off with No Way being driven straight into the corner. Some dancing sends the bull charging through the ropes and a big right hand actually staggers him a bit. Swann comes in for an assisted hurricanrana which really just annoys Akum. Instead it’s off to Razar but Swann keeps the speed up with a dropkick to stagger him. For some reason Rich decides to dive onto both Authors at the same time but it takes Jose diving onto all three to put them down.

Back in and the beating begins with Akum throwing Rich into the corner for a running splash from Razar. Paul Ellering even gets in a little choking of his own on the bottom rope like the good old school manager he is. A spinning kick to Razar’s face gives Rich a breather and an enziguri to Akum allows the hot tag to Jose (BIG pop for that). A TKO drops Akum for two but Razar sends Swann into the steps. The lack of a partner means Jose gets caught in the Last Chapter for the pin at 8:06.

Wolfe and Ibushi start things off with a headlock slowing Kota down so much that it’s off to TJ for the always broken up first kneebar. Fulton comes in and gets kneebarred as well with Wolfe’s save not working. Back from a break with the crusierweights starting up their dives until TJ gets pulled out of the air. A slam sends him onto Wolfe’s knees and it’s off to the chinlock.

That’s switched up to a bearhug to keep Perkins in trouble for a big longer. A shot to the face allows the tag to Kota and it’s time for the kicks. The Gold Star Bomb gets two on Wolfe but Eric Young and Nikki Cross get the referee’s attention. A suplex/powerslam combo puts Kota away at 12:15. 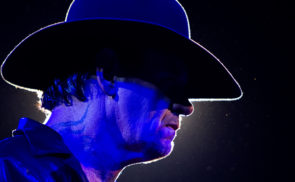 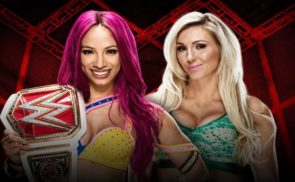 KB’s Review: Out Of Many, One