Two for the price of $9.99. One of the more surprising feuds lately has been Sasha Banks vs. Alicia Fox. Banks lost to Fox a few weeks back in a big upset, only to win the rematch the following week. At the same time, Fox’s boyfriend Noam Dar has been feuding with Rich Swann over on “205 Live”. I think you can see where this is going.

WWE.com has announced Fox/Swann vs. Dar/Banks in a mixed tag for this Sunday’s “Extreme Rules 2017”. Swann and Dar have been feuding over the last few weeks due to Fox dumping Swann’s friend Cedric Alexander a few months back. The story seems to be winding down due to Alexander returning from injury last week.

Opinion: It’s not the worst match in the world but what the heck has happened to Sasha Banks? She was main eventing a pay per view seven months ago and now she’s in a match that has a good chance of being on the Kickoff Show. I’m sure there’s a chance that she’s going to turn heel but she’s been trading wins with Fox over recent weeks. Odds are this leads to the heel turn but it’ snot doing her any favors at the moment. 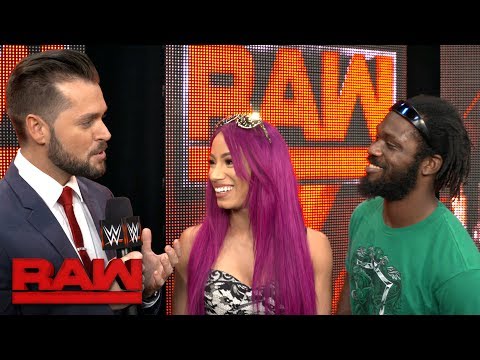 Sasha Banks and Rich Swann are ready to dance at Extreme Rules: Exclusive, May 29, 2017

Who do you think wins the match? Do you like the idea of putting the two feuds together like this? Let us know in the comments below. 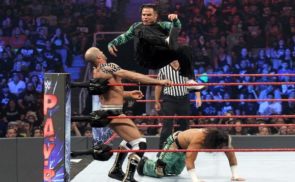 Why Has WWE Been Having So Many Multi-Man Matches?