Add it to the list. The rise of the internet and streaming services have changed the way wrestling works. Fans are now able to see all of the content that they want with almost no limitations, as wrestling from around the world is now open before them. This includes even smaller territories, but now one of them might be leading to a much bigger broadcasting deal down the road.

According to Fightful Select, a previously rumored deal between Netflix and Ohio Valley Wrestling would include a special behind the scenes show. The deal also includes the rights of first refusal for Ohio Valley Wrestling’s televisions rights. Should Netflix get into the live streaming business, they could be a potential bidder for the rights to WWE or AEW programming. WWE’s deals with USA and FOX and AEW’s deal with WarnerMedia all expire in 2024.

Opinion: This is the kind of thing that could be a game changer for the industry. I don’t know if Ohio Valley Wrestling is going to set the streaming world on fire, but it very well could lead Netflix into being a player for some major rights later. It wouldn’t surprise me to see a major streaming service get involved and that very well may be what we are starting to see here.

What do you think of the possibilities? Where will the new deals be signed? Let us know in the comments below. 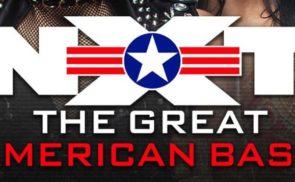