They might want to correct that. There are a lot of wrestling promotions around the world and some of them have been around a lot longer than others. A promotion needs to be able to build up its reputation over the years and that is easier said than done. Every promotion has to start somewhere, but now a new one does not seem to be getting off on exactly the right foot.

Lina Fanene, better known as Nia Jax, has sent out a tweet reiterating that she will not be appearing for the Wrestling Entertainment Series event on Saturday July 9. Fanene made it clear that if you buy a ticket, you will not see her perform or have a chance to win a meet and greet with her. The show was rescheduled from June 4 in Nottingham, England with Fanene originally advertised.

I do not know why I am still on this poster, but I will REPEAT myself again…I will NOT be at the show. Please do not buy a ticket thinking you will see me perform or get a chance to meet me. I hate that this misleads people! https://t.co/4yTAhHeWbX

Opinion: This is the kind of thing that happens far too often and that is never a good thing. At the end of the day, Fanene has made it clear that she will not be on the show, but she is still being advertised for it anyway. That is not a good thing and while I was looking forward to the show, I lost a good bit of interest when they are advertising something that they will not be able to deliver.

What do you think of the show? How will it go without the advertised talent? Let us know in the comments below. 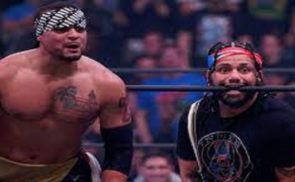