He had something to say. With so many wrestlers on the WWE roster, it can be difficult to find someone who stands out. It takes something special to make it work, but every now and then you see a wrestler who is the total package and gets your attention no matter what they are doing. That is the case with a current WWE star and he had something to say after the biggest win of his career.

Over the weekend, WWE held its annual Money In The Bank event with Theory winning the men’s namesake match in the main event. After the show was over, Theory took the microphone and bragged about his win, saying that you could not deny his talent as the youngest Mr. Money In The Bank ever. Theory also mentioned John Cena, who he interacted with this week on Monday Night Raw. This comes as rumors of a possible match between the two have been circulating, perhaps for WrestleMania 39.

This is quite the moment for him. Check out Theory’s speech (the video was originally sideways):

Opinion: Theory is the kind of guy who can do almost anything in wrestling and that makes him incredibly valuable. You do not get to see someone like him very often and WWE seems to have a pretty good idea of what they have with him. I’m curious to see what happens with his time as Mr. Money In The Bank, because Theory as World Champion is not out of the question.

What did you think of the speech? How will Theory do with the briefcase? Let us know in the comments below. 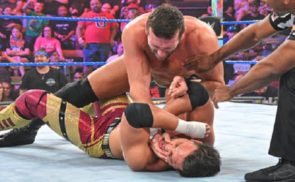 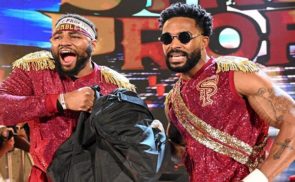