Meet your invaders. One of the most interesting parts of AEW has been the amount of international promotions that have worked with the company. AEW has brought in several wrestlers from around the world and it can offer more than a few cool moments. That was the case again this week, as two international stars appeared for a preview of something coming next month.

This week on AEW Dynamite, New Japan Pro Wrestling’s Great O’Khan and Jeff Cobb interfered in a match between FTR and Roppongi Vice for FTR’s Ring Of Honor Tag Team Titles. Following the match, O’Khan and Cobb attacked both teams and held up the title belts. This comes just over a month before the New Japan/AEW co-promoted Forbidden Door event, though no matches have been announced. The interference marked O’Khan’s AEW debut and Cobb’s first appearance in AEW since February 2020.

Opinion: This is the kind of story that can get my interest, as Cobb and O’Khan are part of the United Empire in New Japan and not just two people thrown together. FTR can have a good if not great match with any team in the world right now so throwing them (and perhaps Roppongi Vice as wild cards) against O’Khan/Cobb should work. We could be in for a great match and they started things off well here.

What do you think of the angle? Where do you see it going? Let us know in the comments below. 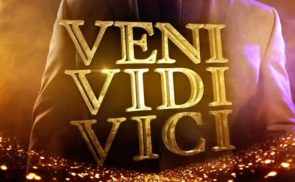