That is too far. Fans are the life blood of wrestling and the last few years have shown that the industry is not the same without them. You can only do so much without having fans in the arena and they keep the shows functioning as usual. However, there are occasions where a fan takes things too far, and that seems to be the case again in a very serious way indeed.

On Tuesday night, Alexa Bliss was promoting an upcoming fundraiser when someone posted a comment asking if she had anything to say. Bliss responded saying that she has seen a direct message from the fan threatening to shoot Bliss and her husband Ryan Cabrera. Bliss has said that she has turned those in, presumably to the authorities. There is no word on any response from either the fan or from the authorities as a result. Bliss returned to action on Monday Night Raw this month after nearly three months off.

This is crazy man wtf??? pic.twitter.com/qJWxxYecTP

Opinion: What else is there to say here? This is the kind of thing that has to be taken seriously, even if the person on the other end is nuts. I know the easiest thing to do would be to ignore them, but how much can you ignore before things get out of hand? Bliss did what she should have done and maybe something can be done about the person sending her these messages.

What do you think of Bliss? How can she be best used in WWE? Let us know in the comments below. 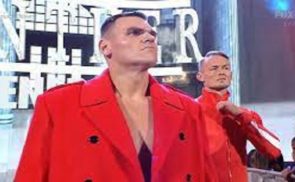