So long for now? There are so many wrestling promotions in the world these days that it makes sense to have wrestlers work for more than one at once. It can be interesting to see what they do differently in one place than the other, but sometimes you are getting pretty much the same person. Now though, some people who have been working for multiple promotions might have one less job taking up their time.

This week on the debut edition of AEW Rampage, Christian Cage defeated Kenny Omega to become the new Impact Wrestling World Champion. Following the win, Impact Wrestling executive Scott D’Amore sent out a tweet saying that it was time to say goodbye to Omega and his manager Don Callis. While not confirmed, this would suggest that Omega and Callis are done with Impact Wrestling. There has been no announcement of Omega receiving a rematch for the title.

It feels like the world is right again. After tonight’s @AEW #AEWRampage the @IMPACTWRESTLING World Title belongs to @Christian4Peeps.

It has been a long time coming. Check out Omega’s time in AEW: 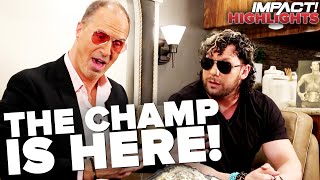 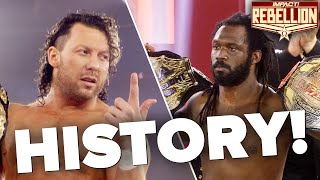 Opinion: This is something you almost had to know was coming as there is little reason for Omega to stick around in Impact Wrestling now that he has lost the title. The Impact Wrestling World Title was never anything more than a trophy for him, and not even the most important one he had. Dropping the title doesn’t mean anything for him and now Impact Wrestling can move on, as it needs to.

What does this mean for Impact Wrestling? How did you like Omega’s time in the company? Let us know in the comments below.

VIDEO: Even The NFL Is Talking About AEW And CM Punk