He might be onto something. The big story this week has been the latest batch of NXT releases. More than ten new names have been released from NXT and this time around they were announced during this week’s edition of SmackDown. That is the kind of thing that could shake things up in the locker room and a certain WWE legend has quite the take on the situation.

During the latest edition of Busted Open Radio, WWE Hall of Famer Mark Henry discussed the releases, describing it as a grenade to the roster. Henry said that there have been so many releases that it might make wrestlers want to go somewhere else before WWE can release them. The releases made Henry feel that no one is safe in NXT and he did not understand why WWE would do this during SmackDown. There is no word on when the next releases could take place.

Henry would know something about this. Check out the interview and some of his best moments in WWE: 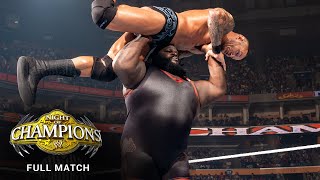 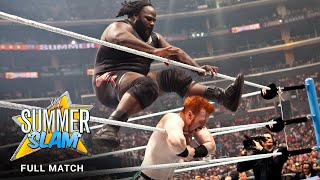 Opinion: It’s kind of hard to disagree with Henry here as there must be a feeling of worry from WWE when so many wrestlers are released every few weeks these days. I can imagine there is a lot of fear in NXT, as someone like Bronson Reed went from working dark matches on the main shows to unemployed in the span of about a month. That must be hard to fathom for anyone and I’m curious to see where it goes from here.

What do you think of Henry’s comments? What do the releases mean for NXT? Let us know in the comments below.