They had an idea. This week’s edition of Monday Night Raw was a special one, as the show celebrated thirty years on the air. As a result, WWE stacked the card, loading it up with multiple title matches and grudge matches. One of the more violent matches was several weeks in the making but did not wind up taking place. Now we know what was originally planned for the whole thing.

IN CASE YOU MISSED IT: Ouch: NXT Star Hospitalized After Attack In Parking Lot

One of the matches scheduled for the show was a cage match between Becky Lynch and Bayley. However, due to the Trial Of Sami Zayn segment running long, the match was cut. Instead, Bayley and Damage Ctrl attacked Bayley and left her laying without the match beginning. According to PWInsider.com, the match would have seen Lynch winning and then being attacked by Damage Ctrl. There is no word on if the match will take place later.

What could have been. Check out what we got and how we got there: 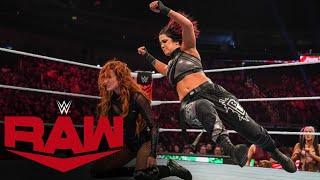 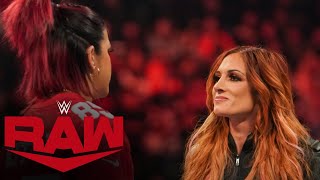 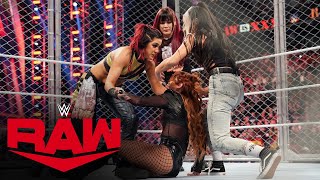 Opinion: That certainly would have been one way to go and would have kept the feud going another little while. I could go for more of Bayley vs. Lynch, but the question now is where the feud is going. There is a chance that it could go on to Elimination Chamber as part of the show’s namesake match. Either way, I would assume that we are going to see these two in a cage one way or another.

What do you think of the original plan? Where do you see the feud going next? Let us know in the comments below. 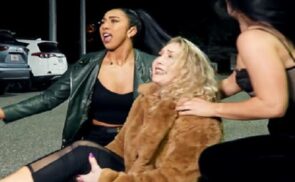