It’s the go home show for Slammiversary and things have been going fairly well around here. They’ve done a good job of setting up a lot of the pay per view matches while also giving us some good stuff on the regular shows. With some luck, that can continue this week as well. Let’s get to it.

Rematch from two weeks ago when TJP returned and handed Austin his first loss. Ace takes him down with a headlock to start but TJP rolls out without too much trouble. TJP is right back with a headlock on the mat but gets reversed into a headscissors. That means the always cool bouncing handstand escape as this is a match of counters so far.

A Sharpshooter with a pull of the arm is switched into a Muta Lock as TJP gets to show off even more. That’s broken up so TJP dropkicks him to the floor, only to miss a slingshot dropkick to the floor. Austin nails a Space Flying Tiger Drop and busts out a playing card for a paper cut between the fingers.

It’s time to crank on the arms but TJP flips out with a dropkick to the chest for a snazzy counter. Now the slingshot dropkick works but the Detonation Kick is countered. A running Trouble in Paradise drops TJP again and a rollup with a grab of the rope gets two. They trade kicks to the legs with TJP getting the better of it until he catches Austin in the kneebar for the tap at 12:06.

Video on Michael Elgin vs. Brian Cage, which is going to be an eruption.

Johnny Impact isn’t worry about having John E. Bravo as his partner tonight against Rich Swann and Willie Mack. They’re Team Johnny and we get some Mega Powers impressions.

Jordynne Grace is on commentary and Kiera has a rather similar walk to the ring/entrance as Tessa Blanchard. Madison starts fast with a pair of rollups for two each, sending Kiera outside for a breather. That means an argument with Grace, who gets shoved back into her seat. Back in and Kiera hits some running shots in the corner for two. Madison scores with an enziguri and a ripcord cutter for two of her own. Kiera grabs a rollup with her feet on the ropes but Grace breaks it up, leaving Kiera to grab a fisherman’s neckbreaker for the pin at 4:23.

Gama Singh gives Rohit Raju some special tea from a special tea set but the Deaners sneak in and replace it with whiskey. All three: “DEANERS!!!” Rohit: “It’s not bad.”

Flashback Moment of the Week: Rosemary vs. Jade in Monster’s Ball at Genesis 2017.

Kid dives over hit to start but gets taken into the corner for some right hands to the face. A quick slam in the corner looks to set up a moonsault….and the bottom rope breaks. Thankfully they’re both fine and Raju grabs a fisherman’s neckbreaker into a Falcon’s Arrow. A snap suplex gives Raju two and Kid hits a headscissors to put him on the floor. That means a suicide dive but Kid misses a corkscrew moonsault. A jumping knee to the face sets up a top rope double stomp to the back to finish Kid at 4:33.

Here’s Moose for a chat. Moose talks about being a big fan of Van Dam’s when he was a kid and he had a great time watching some of Van Dam’s matches. Now though, the fans are chanting for Moose because he’s been around the world and made millions of dollars too. Van Dam calls himself the Whole F’N Show but Moose is Mr. Impact Wrestling. It’s been a few years since Van Dam has been on pay per view so now he can have a chance to prove himself.  Since Van Dam is probably a little fuzzy, we see a video of Moose having attacked Sabu. Cue Van Dam for the brawl but security breaks it up in a hurry.

Whoever takes the fall doesn’t get to wrestle in the Tag Team Title match on Sunday. I’ve heard worse ideas. They go for some early rollups to start and it’s time to start kicking away as they don’t mind fighting among themselves. Dezmond gets knocked down and Wentz hits a springboard corkscrew crossbody for two on Miguel. Trey sends Wentz outside for a hurricanrana through the ropes but a Dezmond distraction lets Wentz hit his own dive.

Back in and the Final Flash gets two on Wentz with Trey making the save (not the most logical move in the world). They go with the circle of strikes to the face until Trey gets knocked to the floor. Wentz’s running shooting star gets two and Trey runs back in with a running flip dive to both. Double low cutters give Trey two each but Wentz is back up in a hurry. Back to back superkicks to Miguel sets up the shoving moonsault for a double pin on Miguel at 7:03.

Tessa Blanchard is here and she has her own baseball bat.

Video on Killer Kross vs. Eddie Edwards, which is over the broken Kenny the kendo stick.

Killer Kross is in a church and talks about the man who lost everything. That story has not been finished yet but that man is searching for his ultimate salvation. At Slammiversary, he will have the chance to die for his sins. You may now kneel before the Kross. He drinks from a chalice and seems to have blood flow out of his mouth.

Quick video on Rich Swann vs. Johnny Impact for the X-Division Title.

Swann and Impact kick at each other to start until Swann scores with a dropkick. Mack comes in for an exchange of flips, capped off by Mack armdragging him down. A flapjack/bulldog combination plants Impact again but Bravo offers a distraction so Johnny can get a breather. Impact and Swann head outside with the Moonlight Drive planting Swann again. Bravo comes in for some stomping and posing before it’s right back to Impact for the chinlock.

It’s already back to Bravo for some right hands and a chinlock of his own. He even loads up his own Moonlight Drive, allowing Impact to come in with a running knee to the head. Swann drops Impact though and tags Mack for the big house cleaning. Bravo isn’t interested in tagging back in and it’s the Cannonball into a moonsault to give Mack two. The Flying Chuck drops Mack but he breaks through a double clothesline and brings Swann back in. A Stunner into the Phoenix splash gives Swann the pin on Bravo at 8:55.

Sami Callihan and Jake Crist are celebrating Sami’s win over Tessa on Sunday. Callihan is annoyed that Dave Crist is taking too long to set up the Little Mermaid to calm down Madman Fulton when Tessa shows up with the bat to wreck their table. The fight is on and Jake grabs Tessa for the save. Sami loads up a bat shot but Tessa escapes and hits her own bat shot on Callihan to end the show. 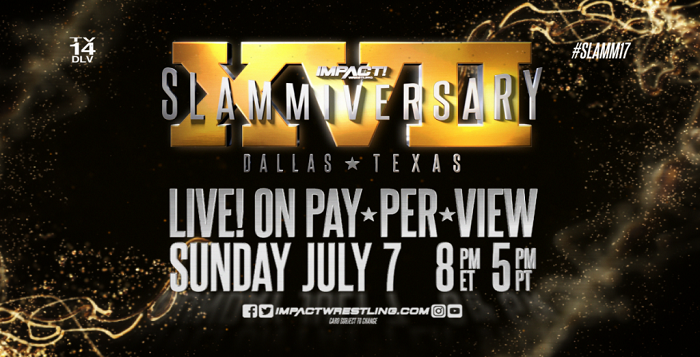