I guess they’re in too. We are less than two weeks away from the Royal Rumble and that means there are almost daily updates on who will be entering the show’s namesake matches. With sixty spots to fill over the two matches, there are several options to pick from and that can make things rather interesting. Now two people are trying to get in despite not working for WWE.

Back in April 2020, dozens of wrestlers were released from WWE in one of the biggest roster shakeups in recent memory. You do not see something like this happen very often and it changed the future of several wrestlers and wrestling promotions. Some of those wrestlers have now signed elsewhere, but that has not stopped some of them from talking about what WWE is doing.

Former WWE writer Brian Gerwitz sent out a tweet asking why more wrestlers are not declaring their entrances into the Royal Rumble, as other wrestlers have been doing. Impact Wrestling’s Karl Anderson, who was released from WWE last year, responded, saying that he and partner Doc Gallows were officially declaring themselves for the Royal Rumble as well. The Royal Rumble takes place on January 31.

Haven’t seen Raw in a while. You can “declare” yourself to be in the Royal Rumble? Is there a reason why everybody doesn’t do this immediately? What about surprise legends? Are there multiple Doinks declaring themselves in the Rumble right now? Which Doink gets priority?!

Be careful Brian, as you kno and I’ve seen with humans there, you’ll drive yourself insane…..
But with your logic, here we go, #GoodBrothers declare ourselves in the rumble ! @IMPACTWRESTLING @AEW https://t.co/KttipnHs25

Opinion: This is something that makes me chuckle as Anderson certainly knows how to crack some jokes about WWE. It really doesn’t make sense that wrestlers can just jump into the Royal Rumble. While WWE did try to cover it a few weeks ago when Drew Gulak was told he couldn’t do that, it doesn’t exactly come off as a hard and fast rule, but that is a rabbit hole that you do not want to go down. 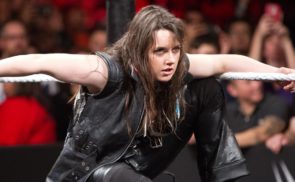 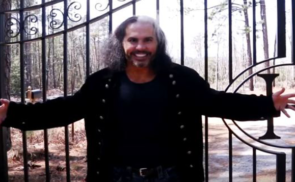