That’s a lot. We are coming up on Survivor Series and that means we are in for one of the biggest nights of the year. There are a lot of things taking place at the show but the focal point of the show seems to be the Undertaker’s Final Farewell and it is hard to imagine anything else coming close. Undertaker is finally leaving WWE, and now we are seeing a different side of him.

One of the Undertaker’s signatures was almost never breaking character no matter what. It didn’t matter where you would see Undertaker or what he was doing; you were going to get the Undertaker. That is the kind of thing that made him feel special but now that he is retiring, we are seeing him almost everywhere else and completely out of character. Now he is doing it again in a pretty cool place.

This is different. Check out what Undertaker is doing in retirement:

First We Feast has released an episode of their Hot Ones series, featuring an interview with Undertaker eating chicken wings with an increasing level of hot sauces. The interview focuses on Undertaker doing various interviews over the last year and allowing himself to be seen in a different fashion. Undertaker talks about his career and various aspects of it and answering questions.

Opinion: This is actually a heck of an interview and Undertaker seems impressed by some of the research that has been done. I can go for someone doing something like this and it’s cool to see a different side of Undertaker. At the same time though, it is a little strange to see him doing this and it is taking a lot of time to get my head around hearing him doing this. Still though, he’s a legend for a reason and these stories are rather cool.

What is your favorite Undertaker match? What are you expecting from him at Survivor Series? Let us know in the comments below. 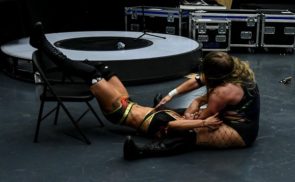 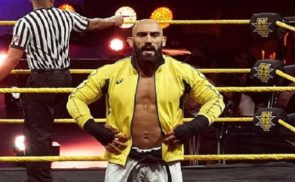