It was nice while it lasted. Over it’s rather long history, WWE has had all kinds of wrestlers working for it at one point or another. That is the kind of history that can be almost impossible to track, as there are so many wrestlers to remember. Some of them do not make the biggest impact, but others are going to leave quite an impression. One of the more prominent women’s wrestlers seems to be done for good.

The Women’s Revolution has changed the way WWE works and in a very good way. Women’s wrestling has gone from a glorified side show into something that has been a featured attraction for a very long time now. That is an amazing rise for the division and there is nothing to suggest that it is going to change anytime soon. The last few years have been pivotal to its rise, but there was a group of women who helped get it to this point. One has decided to hang up the boots.

In a new interview with Fightful Select, Lisa Marie Varon, formerly known as Victoria in WWE and Tara in Impact Wrestling, confirmed that she is retired from wrestling. Varon said that she decided to retire on the spot in September when she was feeling “rough”, though she would be willing to return to WWE or Impact Wrestling for one more match. However, she would want it to be something significant rather a one off cameo. Varon’s last match took place on September 21, 2019 against Melina in North Carolina.

Varon has done well in both major companies. Check out what she can do in the ring:

Opinion: I could go for one more appearance from Varon as she really was one of the best of her generation. She was one of the most talented wrestlers in both major companies and was one of the few who was mainly treated as a serious wrestler instead of mainly a sideshow attraction. Bringing her back for one big farewell would not be a bad thing and it would be great to see in either company.

What do you think of Varon? Where should she have one last match? Let us know in the comments below. 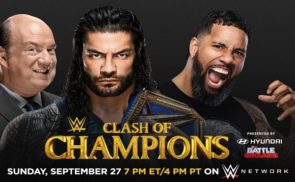