WWE runs a show like this every year and every year I try to figure out if it makes sense to have a show built entirely around titles. On one hand it is about as easy of an idea as you can have for a pay per view, but at the same time, aren’t most shows built around title matches? Either way I’m not driving six hours one way for a middle of the road pay per view this year so things are looking up. Let’s get to it.

This one was thrown together pretty recently but WWE did something smart to help set it up: they gave Vega a clean win over Mickie James. It is no secret that Vega does not have the most polish in the ring, but she has enough to get by. Now though, she has beaten someone with an established resume and that should give her enough to be a decent enough challenger to Asuka.

That’s how you get there:

Now that being said, there is no reason to believe that Vega has even the tiniest prayer here so it’s Asuka retaining in a walk. Asuka is someone who could be champion for a good while to come as it’s not like there is any major credible challenger on her horizon. Let her beat Vega here and maybe again in a rematch on Monday Night Raw while we wait and see who else WWE can find for her. For now though, Asuka wins and does so with ease.

Sweet goodness it feels like we have been here quite a few times now. This is one of those matches that WWE seems to want to run at multiple pay per views and that is what we have seen so far. The Street Profits have held the titles for a LONG time (at least for these titles) and they have beaten Garza and Andrade several times as champions. That should mean something, but I’m not sure if it does.

For probably the third time in a row, I’ll take Andrade and Garza to win the titles. We’re kind of at the point where they have to or there is nothing left for them to do as a team. We’ve kind of been here for months now and until they actually win the belts, the team might as well be on a treadmill. We are way past the point where the Street Profits need to prove themselves and they will probably get the titles back later, but for now, we need new champions.

Speaking of long reigning champions and matches we’ve seen before, we have this one, with Bayley continuing her practically 500 day reign as champion against Cross, who Bayley seems to have beaten about half a dozen times already. The idea here is that Bayley is vulnerable without Sasha Banks in her corner, but the only thing that I can think of from that concept is “….oh come on.”

We’ll do it again:

Of course Bayley retains here, because the ONLY thing that this should be setting up is the mother of all showdowns for Bayley and Banks. You could put that one in the Cell, but it might need something even bigger than that. I don’t think they can stretch it all the way to WrestleMania, but if anything deserves that kind of a stage, it would be Banks FINALLY dethroning Bayley. If it sounds like I’m treating Cross like an afterthought here, it’s only because she is one in this case.

WWE is doing a really bad job of making these matches seem like they don’t matter because there are other stories already being set up. In this case it would be Lucha House Party imploding as Kalisto seems to be thinking about himself more than the team. Now that could go multiple ways here, as it isn’t clear which members of the team will be getting the shot. That being said, I don’t think it’s going to matter.

I’ll go with the champs retaining here, but there is a little voice in the back of my head that could see the titles changing hands, setting up a story where the new champs have to decide what to do with Kalisto. I don’t think WWE has thought that far ahead or put that much thought into the idea of the Lucha House Party splitting up though, so I think it’s safe to drop that idea and just go with Cesaro and Nakamura retaining.

It’s a Payback rematch here but things have already changed. Not only has Lashley already figured out a better name for the Full Nelson than the Full Lashley, but the Hurt Business is good when they are fighting Retribution and bad when they are fighting Crews and his friends. That’s confusing enough, but at least the match should be a pretty easy result to figure out.

Second time in a month:

This is the best (or maybe worst depending on how you look at it) example of a match where they needed to have a title match and since there is no one fresh to challenge (because Ricochet doesn’t exist on pay per view), they’re going with a rematch from last time. Lashley should retain here as Crews already got what he could out of the title and there is no need to change it back.

It’s the monthly ladder matches because we need to have one of some kind about every month in WWE. Hardy is champion, Styles wants a rematch, Zayn looks like Fidel Castro and has his own title from five months ago (not six because WWE can’t count) so let’s put two titles above the ring for a ladder match. As usual, this has me worried about a screwy finish, and I can’t even say WWE wouldn’t go there.

I’ll play it safe and say Hardy retains here, but it wouldn’t shock me to see two people pulling down titles to make this a glorified elimination match. Zayn has no real claim to the title and while Styles should get a rematch, I think he might be the odd man out here. Zayn has been more interesting than he has in years in his current heel run (again, if you cut out the five month hiatus) and I’d like to see him get something going, but it doesn’t seem to be this. At least not with both titles.

Oh yeah this is a thing they’re doing too. This isn’t a match that has any interest from me as Jax and Baszler have already sucked the life out of the titles. I’m not sure what that means for the titles’ futures, but it isn’t doing much for their present. Lately the champs have mainly existed to beat up Lana because her husband is now working elsewhere, leaving this match as kind of an afterthought.

The champs retain here, as WWE sees them as more interesting than anyone else. At the moment, that does seem to be the case when compared to the Riott Squad, though having Ruby Riott and Liv Morgan slipping on one banana peel after another is getting a little tiresome. Maybe they throw in a curve here, but I have a feeling that the wacky tag team partners idea is going to continue for a good while.

I wanted to put this one on last because it’s the best story in WWE today. While there might not be much doubt in who is going to win, this is a lesson in how to take something that should be nothing and turn it into something. They’re members of the same family, Reigns is the star, Uso wants to know why he can’t be the new big dog. If you have a sibling, there is a good chance you have been in one of their shoes before. That’s how you make a wrestling story work: by giving the fans something to grab onto.

I don’t think there’s any real doubt about who wins here. Reigns is Reigns and Uso is waiting on his brother to get back to action. What is going to be interesting here is seeing how Reigns retains. There is a case to be made for Uso to get in some offense and come off looking like a star, or there is a case for Reigns to beat him in two minutes, including a cold stare at Uso’s unconscious body. I’m expecting something in the middle, as Reigns turns it on when he needs to in order to retain, but Uso should get in a little something (emphasis on little) in defeat.

So what we have here is the champion who won the title at Wrestlemania and held it against some questionable opponents before escaping with the title against Orton at Summerslam, setting up a rematch at Clash Of Champions. Oh dang it I have the wrong notes here. That’s the story they did with Kofi Kingston against Orton last year. And people wonder why this company is seen as creatively bankrupt.

Ain’t that a kick in the head:

I’ll take….dang who will I take? I’ll go with Orton here, as I have a feeling they still want to do something else with both of them down the line. I’m not sure what, but I didn’t feel right putting McIntyre. The biggest problem for both is I’m not sure where they go next, but maybe the Draft can shake things up enough. That has to be coming soon, though so is the Cell, which could make for a good blowoff match. Orton wins here though, in a pick I have zero confidence in making.

The more I think about it, the less I like this card. It feels like WWE is running on creative fumes at the moment and that isn’t surprising. This show is taking place on September 27 and is their third pay per view in six weeks (with Takeover running next Sunday night). It’s a case of WWE needing to let them have a breather but content is king these days and this is what we have to work with. This show has some matches which could work out rather well and probably will, but after two pay per views so recently, it’s a little hard to get up for this one. 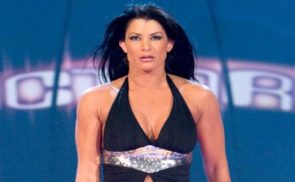