We’re off to another WWE pay per view and in this case it is another show where they already seem to have moved on to getting ready for the next major shows. In this case it’s Extreme Rules, but WWE is already hyping up Crown Jewel next month. That is the kind of show that can make for some good violence, but the show has been hit and miss over the years. Let’s get to it.

We’re starting big with an I Quit match, as Edge’s war against Judgment Day continues. This is the kind of a win that could mean quite a bit for Balor, but WWE has a history of giving Edge one big win after another in major spots. I’m not sure why they would do that here, but there is a very real chance that they could go in the wrong direction, as Balor needs the win FAR more than Edge.

I’ll go with what should be the sane move here and pick Balor, likely due to Judgment Day threatening Rey Mysterio, or more likely Beth Phoenix. This is probably going to be quite the violent brawl with the usual assortment of weapons, including Edge’s obsession with breaking off a piece of a chair and putting it in Balor’s mouth. Despite that though, Balor wins, as he definitely needs to. I hope.

This is a ladder match, because WWE enjoys those quite a bit. Bayley returned at Summerslam and has gone on to become one of the biggest deals in the division, as she is pretty easily the top heel at the moment. That means she is going to need some gold sooner rather than later, and this would be a very good place to start for her. In theory that is, as it might not be that easy.

As much as I want to go with the easy path here and take Bayley, I’m not sure I can imagine Belair losing the title so soon. I’ll go with my instinct and pick Bayley, but this is one of the picks that doesn’t give me much confidence. I could absolutely see WWE wanting to give Belair a longer win, but I would hope that Bayley isn’t going to lose in one of her first major matches since her return.

The feud continues with a Good Old Fashioned Donnybrook, which is the latest fancy (Is that fancy?) term for a street fight. It is the kind of match that suits these guys the best and after the screwy finish to Sheamus vs. Gunther II on SmackDown, there is a lot of revenge to be had for the Brutes. This is tailor made for these guys and they have a story to go with it, so we should be in for a…well a good old fashioned donnybrook actually.

I’ll take the Brutes winning here, as there is a good chance that Sheamus is going to get the pin over Gunther here to set up their third match. What matters is that these guys are going to be able to beat each other up for awhile and hit each other really hard until one of them doesn’t get back up. That is exactly what you need on a sow like this and I’m looking forward to a brawl, which hopefully keeps a good feud going.

They have backed themselves into a pretty severe corner with this one, as Extreme Rules or not, there is almost no way for me to buy that Morgan would ever be a threat to Rousey. The first win came via Money in the Bank cash-in and the second came on a fluke. Yet here we are, being asked to believe that Rousey wouldn’t rip her head off in a matter of seconds. That is something that can be set up, but Morgan suddenly wanting to prove how violent she can be isn’t the way to go.

I’ll take Rousey here, as hopefully Morgan’s title reign is finally put out of its misery. Morgan has been trying but WWE has done a pretty miserable job of making Morgan feel like she is a serious threat to the top names in the division. You can only get so far winning off of flukes and screwups and Morgan has hit that wall. She needs to drop the title here, if nothing else before Charlotte comes back and beats her even worse. Rousey wins here, as she should.

This one has gotten my interest over the last few weeks as it feels like the kind of match where two guys are going to beat each other up while looking like they want to destroy each other. Kross is in one of his first major matches on the main roster while McIntyre is still pretty much the default top face on SmackDown. That makes for a showdown and they have made this feel like a violent feud.

As much as it would make sense for McIntyre to win here, this needs to be Kross getting a win. After debuting and feeling like little more than a joke, Kross needs to come in and make a name for himself with a big win. That can be with or without Scarlett’s help, but Kross needs to go over here. McIntyre has been a made man for a long time now and he can get a win back later, but for now, this should be Kross.

I’m guessing that this will be the main event, as it is the most developed and by far most personal feud on the show. This is going to be in the Fight Pit, which was only used in NXT and is a cage featuring a platform around the top. There is potential to this one and Riddle could get a heck of a rub out of beating him. That being said, beating Rollins is quite the task and I’m not completely sold on Riddle being able to pull it off.

I’ll go with what makes sense here though and have Riddle win. It’s his match type and I’m not sure I can imagine Daniel Cormier being brought in to hold up Rollins’ hand after this kind of a violent match. Riddle could become a big deal with a win and the company needs some more top faces, so I’ll pick Riddle to win here, as he certainly could use a victory like this more than Rollins.

The best thing about this show is its variety. There are some different gimmicks throughout the card and some of them feel like they have been built up over the last few weeks. Last year’s show had a total of one violence based match so having everything involved actually be about the carnage this time should help. I’m not sure how big of a show this is going to be, but at least they have set things up well. The White Rabbit stuff (I’ll go safe and say it’s Bray Wyatt) should help as a big moment, though I’m not sure how it is going to play in. I’m interested in the show though and now I have a reason to believe that it could work. 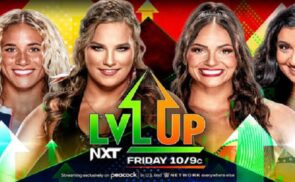 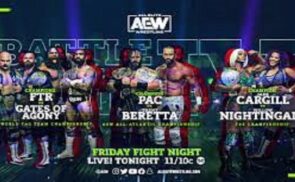