Well that’s….interesting. Eric Bischoff has been in and around wrestling for about twenty five years now, having worked and performed for most major wrestling companies. This included a long stint as the Monday Night Raw General Manager, during which he feuded with the McMahon Family at times. This included a segment at the McMahon home, during which a certain something happened.

On a recent episode of his 83 Weeks podcast, Bischoff brought up his segment from Monday Night Raw in 2003 when he went to Vince McMahon’s home and forcibly kissed Linda McMahon. The segment was part of a feud between Bischoff and Shane McMahon with Vince getting involved later. Bischoff commented on what it was like to kiss Linda. Here are the comments, with transcription courtesy of Ringsidenews.com:

“F*cking awesome. She’s hotter than she looks. You know when you get close to her there’s a certain kind of vibe about Linda. You wouldn’t get it unless you get in close… she’s a sexy beast.”

Here’s the segment that Bischoff is talking about:

Opinion: That’s uh, certainly a different way of looking at things. While I’m not exactly expecting people to jump down Bischoff’s throat about this, it’s a very….I guess the word is interesting way to describe things. It’s nothing that could get him in real trouble because it was part of a show and both of them were acting, but that’s quite a way to compliment someone in a fairly high government position.

What do you think of Bischoff’s comments? Do you remember this segment? Let us know in the comments below. 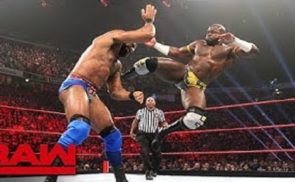 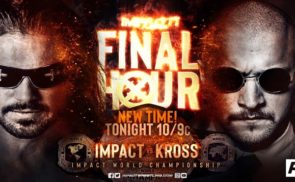