That puts him in a pretty elite group. There are a lot of common criticisms that you hear about WWE today but one of the biggest is the lack of freedom that so many of the wrestlers have. Their promos and matches are planned in advance, meaning that they have very few choices in what they want to do. However, there are a few wrestlers who get some special treatment and another is getting more powerful backstage.

There are very few wrestlers who reach the popularity of Daniel Bryan. After his rise to the top of the company in 2014, Bryan was a made man but then when he missed several years of his in-ring career due to a variety of injuries, there was no way around his incredible popularity. It helped that he could wrestle any style as a variety of characters so well, and now he is starting to get rewarded for all of his talents.

According to Tom Colohue on the Dropkick DISKussion podcast, Bryan’s backstage influence is growing and he has been more influential in some of the decisions being made. This includes his recent story with Drew Gulak, as Bryan has been trying to get more involvement from wrestlers who do not get to appear on television as often. Bryan and Gulak are expected to be a regular team going forward.

It was a rather big show. Check out the full podcast, plus what Bryan and Gulak have been doing as of late:

Opinion: That’s a good thing to hear as Bryan has been around the wrestling world for a very long time now. Sometimes you need a fresh voice involved in the creative process and maybe Bryan can help get something new going. It’s nice to see him bringing in someone like Gulak, who has never gotten a chance. Maybe it’s Bryan just being a good friend, but if things get better as a result, so be it.

Have you liked Bryan and Gulak’s pairing? Where do you see the story going? Let us know in the comments below. 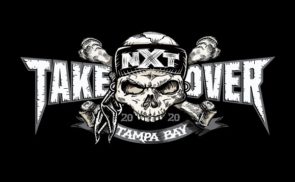 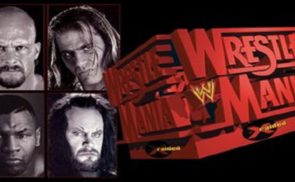 REVIEW: WrestleMania 14: The Night Everything Changed