Talk about a game changer. There are certain wrestling shows that are part of the fabric of the industry and Monday Night Raw might be at the top of that list. The show has been on the air for almost thirty years and has run over 1,500 shows. While most of those shows have come on the USA Network, there have been more than a few which aired elsewhere. It turns out that the show was almost off of the network entirely.

According to Wrestling Observer Radio, Monday Night Raw was almost canceled at some point in 1996 or 1997. A new executive was brought in to run the USA Network and did not want wrestling on the channel. The show was about to be canceled but the ratings increased enough that the executive had to keep it on the air. It was not clear what would happen if the show had been removed from the network schedule.

Opinion: This is an interesting story, but not so much for the history. I find this to be more interesting because of what it says about a wrestling show. Just because a show has been on the air for a long time, it does not mean that it is going to be around forever. At any given time, a new boss can come in and decide that they do not like wrestling, with the promotion only being able to do so much to get out of the situation. That could be the case at any time in the future, for any promotion and show, which could be rather chilling.

What do you think of Monday Night Raw? Can you see USA canceling it? Let us know in the comments below. 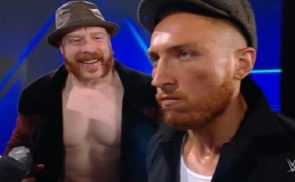