All that way for nothing? Over the weekend, WWE presented its annual Elimination Chamber event, but this year’s edition was a bit different. This year’s show took place in Saudi Arabia for the first time ever, which is quite the change of scenery. While the shows are huge, they also require quite the effort, including a twenty hour flight for the wrestlers. That made a decision made at the show seem a bit odd.

The scheduled SmackDown Tag Team Title match between the Usos, defending, and the Viking Raiders did not take place as the Usos jumped the Raiders before the bell and laid them out. According to Fightful Select, this was always the plan for the match and nothing had been changed due to time. The match is still scheduled to take place at some time in the future, likely on an episode of SmackDown.

Opinion: That’s quite the strange way to go, as the Raiders literally flew twenty hours one way for the sake of coming to ringside and getting beaten up before heading back home. The same is true for the Usos, but at least they got to give the beating. I’m not sure if anyone was going to be furious if this match didn’t take place, but it is quite the odd decision to make for little more than a “to be continued”.

What did you think of the idea? How do you see the match going when it takes place? Let us know in the comments below. 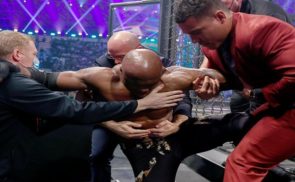 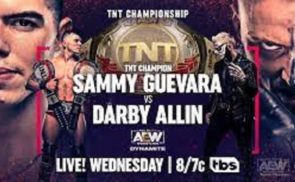 AEW Star Suffered An Eye Injury This Week On Dynamite