It’s time to head back halfway around the world as WWE is returning to Saudi Arabia. This time is a little different though, as the show will feature the Elimination Chamber rather than some generically titles event. The card could look a lot worse as there are three women’s matches and two Elimination Chamber matches, including one match where those two categories cross over. Let’s get to it.

We’ll start with the match voted Most Likely To Be Demoted To The Kickoff Show as these two are fighting over Miz’s treatment of Dominik Mysterio. Yeah that’s a pretty lame reason to have the match but that has never stopped WWE from setting something up. This feels like a feud that has some legs to it and hopefully that could be a good thing, though it kind of hinges on the first match.

I’ll take Miz to win here, as it should give you a reason to get to Miz vs. Dominik. That might not be the most interesting match but it is something that we have to do at some point. WWE seems intent on getting Dominik over and that means they need to do something like have Miz beat Dominik’s dad to set it up. Miz goes over here, as it means someone needs to take him out later.

This is the continuation of this feud for reasons that I don’t want to know, but odds are it leads to a showdown with Happy Corbin at WrestleMania. I have no idea how that is the best thing WWE can come up with for McIntyre, but what else could it be setting up? This is Falls Count Anywhere as a way for McIntyre to have some more fun, but I don’t know if that changes the result.

I’m going to go with what makes sense here and say McIntyre wins here, though I’m almost scared of the idea of Corbin cheating to help Moss win. McIntyre should be ready for something huge after WrestleMania but we have to get through Corbin and Moss first. That right there kind of sums up one of WWE’s biggest issues: there might be something good down the line, but you have to get through WWE’s lame idea first.

You know what’s annoying about this match? I mean in addition to the fact that it is happening? WWE just might be crazy enough to put the title on Goldberg for some sort of conquering hero deal, as they have been nuttier than that before. As much as I’d like to believe that reigns slays Goldberg here to FINALLY let them get this match out of their system, I can’t help but think there is a chance they do otherwise.

That being said, I’ll still take Reigns here, at least partially for the sake of my own sanity. There is no logical reason for Goldberg to take the title from Reigns and then drop it back a few weeks later, but stranger things have happened. For now though, I’ll go with Reigns to win here and set up his match with Brock Lesnar at WrestleMania, because that is just what everyone wanted from Reigns: back to back showdowns with Goldberg and Lesnar.

These matches are almost always a mix of dumb luck and eliminating some of the least likely candidates. This time around, you can write off Liv Morgan, Nikki Ash and Doudrop, as they aren’t challenging for anything at WrestleMania. That leaves Rhea Ripley, Alexa Bliss and Bianca Belair as potential winners and that means we have three viable options for this one.

I think I’ll actually take Ripley, who would be a fresh and interesting match with Lynch (and who might actually have a chance since she isn’t facing Charlotte). Belair is also an option due to needing revenge after the Summerslam title change, but I think that ship might have already sailed. Bliss could be in there as well, but this return screams some kind of screwy finish involving that dumb doll. Ripley wins here, in what is likely my false hope pick of the show.

This would be your tag defense of the month for the Usos as they face one of the only other regular and successful teams on SmackDown. They have even pulled out all the stops by having the teams trade singles wins on SmackDown. That should be more than enough to set this up (at least in the modern WWE style) so maybe we can get something out of the pure talent involved.

In what should be the least dramatic match of the night, I’ll take the Usos to retain here. There is no reason to suggest that the Vikings are going to be able to defeat the best team in WWE today (and one of the best ever) so I’m not sure what kind of suspense this one is going to have. The good thing is that the match itself should be good with the speed vs. the power, but there is almost no chance of a title change here.

There is nothing wrong with a match that combines two feuds into one and they have done a nice enough job of it here. The twist this time is that Rousey’s arm will be tied behind her back because she ran her mouth a few weeks ago about how easy it should be to beat Deville. That should be enough of a way to let Charlotte get in some cheap shots as she and Rousey head on to WrestleMania, which is the main point of this match.

I’ll go with Rousey/Naomi winning as Naomi pins Deville. You don’t want the champ or the challenger taking a fall and since Naomi has already gotten the better of Deville, there is no reason to go back and mess with things again. Naomi could use another win to keep up her momentum and Rousey/Charlotte can be on their own while Naomi gets another pin on Deville.

I’m not sure if this is supposed to be some big time competitive match where Lita is seen as a real threat or a “wouldn’t it be cool if” come to life. Lynch has been the champion for the better part of ever and there are very few people that I buy as having a chance to take the title. Lita isn’t exactly one of those people, but the cool thing is that she should be able to have some kind of a great match under any circumstances.

In case it isn’t that clear of a choice, I’m going with Lynch to retain before she finally drops the title in a pretty big match at WrestleMania. This is probably it for Lita (for now) as she is usually best in small doses. The match should work out well due to both of the women being very good at what they do, but I can’t bring myself to believe that Lita is potentially winning the title here.

This one has some higher stakes and that is a nice thing to see. It also has a few potential ways to go, as there are more than a few options here. Again, we’ll eliminate those with no chance first. Riddle, Austin Theory and AJ Styles (I think) have no chance so we’ll write them off already. That leaves us with the defending champion Bobby Lashley, Seth Rollins and Brock Lesnar, meaning you have at least two viable options and one kind of longshot.

I’m really not sure where to go here as I don’t want Lesnar getting the title back but I also don’t know if I can picture him losing. I’ll go with some sort of shenanigans leading to Lashley retaining, which could range from Roman Reigns interfering (perhaps after Lesnar did the same to him to make up for the Royal Rumble) to MVP cheating to a bunch of people going after Lesnar at once. I’m probably wrong, but I’d like to see Lashley get another good run with the title. That being said, I can’t shake the idea of Rollins winning either. We’ll go with Lashley just to pick one of the three.

There is the potential for a good show on this card, despite there being more than a few matches without that much drama. Since WWE has decided this is the way their calendar works, this is going to be the last stop on the Road to WrestleMania, meaning that it is time to get things going as well as possible. I’m hoping this show can pull that off, but you never know with this company anymore. The Chambers should work, but as usual, it is all going to depend on which direction they take. 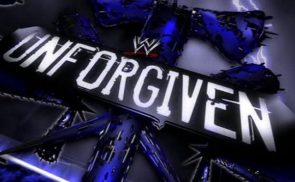 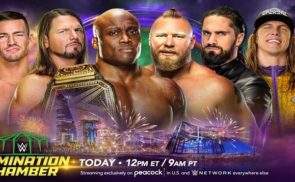